The origin of herding activities in the Carpathians is shared as it is a historically known refugee area in Europe. It is here where the pastoral tribes from the south east and the Slavic farming tribes blended and assimilated. Despite chilling and significant snowfalls the shape of mountain top line, stretching along often long distances and the occurrence of natural Alpine pastures caused the formation of large-scale summer grazing lasting from spring until fall, involving such animals as sheep, goats, cows, oxes and horses. Today many of these Alpine pastures have been abandoned, hence the existing landscape is rightly called post-herding, however, the hut grazing of cows is continued to be organized whilst sheep grazing is still encountered in some parts of Zakarpacie.

The atmosphere of herding activities in Ukraine and, in particular in Huculszczyzna, was skilfully presented in the film „Żywa watra” by Ostap Kostiuk. Three generations: the grandfather, the son and the grandson dream of Apline pastures. The oldest character recalls his life which he spent grazing sheep each summer. He is too weak to start yet another sheep trailing but he wishes just one more time to find himself in this Alpine pasture temple. His son continues his work. Each year he leads the sheep out of the village and heads towards the Alpine pasture  – the Apline pasture trailing called – „Połoniński Chid”. However, as years go by it becomes harder and harder as there are no hands willing to work and the sheep fall away. His son, a pupil attending primary school, also dreams of the Alpine pasture. Yet, when his teacher asks the class to write about what the children would like to do in their life, he starts by drawing a sheep however is ashamed before the class to admit he wishes of becoming a shepherd and subsequently erases the drawing, leaving an empty sheet of paper…Similar to the Polish Carpathians, the profession of a shepherd – Baca – Watacha – has been losing its value. Young people are no longer interested in hard life in Apline pastures; hence, herding is slowly dying. Nevertheless, similar as in the film, the pastoral watchfire keeps burning, is still alive, “won’t burn out”. Three generations of the family of shepherds meet in an Apline pasture. The father, the son and the grandson – generation-to-generation passage. It is the only key to the preservation of the pastoral profession.

An in-depth image of modern herding in Haculszyzna is presented in the collective work issued in 2015 in Warsaw by the Academic Publishing House Dialog: “Herding in Huculszczyzna. Economy–Culture–Custom”. According to the foreword by Janusz Gudowski, it occurred as a result of multi-disciplinary works of the Polish-Ukrainian team in 1998-2001. Since then a lot has changed though. Mass emigration of the young generation from the areas of Huculszczyzna has led to abandoning the Apline pastures which until then had been teeming with life. According to the stories told by Hucuł shepherds working frequently in shepherd’s huts in the Polish Beskids, they were the ones to graze sheep and cows on the Ukrainian Apline pastures. Today, they work for the shepherds of the Polish pastures. However, the traditions of making semi-cooked cheese are continued even today in the Ukrainian Carpathians. While visiting Huculszczyzna you can always try the taste of bunc, bryndza or wurda. Most often made of cow milk as the cows dominate in the pasture landscape of the northern part of Carpathians. In Zakarpacie one may encounter herds of sheep much more frequently.

Huculszczyzna nourishes its pastoral heritage. Every year in the Upper Jasieniów a festival „Połonińskie Lato” is held on which local cheese products are presented. It is a pride of each and every village. Hucul bryndza, bunc and hurda are then on display. You may also encounter a unique cheese similar to the parboiled Slovak flails. However, in the majority of cases these are cow cheeses. The population of cows in Hucul villages is still rather high. Almost each family has several of them. They are present not only in the villages but also in the cities, where each small piece of grass is used for their nutrition, hence, roadsides are always looked after and never overgrown with weeds. Nevertheless, the majority of cows are grazed in groups in the high mountain meadows and Apline pastures.

On the other side, in Zakarpacie and in the bands of Czarnahora there are much more sheep. Authentic grazing customs of village communities function there to this day. The whole families are involved in grazing. Cheese and milk is made by them. One may encounter fully functional pastures with kolibas, residential buildings and utility buildings, drinkers and barracks. People who work here have practiced their work from generation to generation. Even though these are often the relics of state kołchozy. From Rachów to Kołoczawa, each summer welcomes the sheep herds in the mountains. The annual festival  „Huculska Bryndza” is Rachów’s hallmark. This way the Hucul community and large numbers of tourists celebrate the annual return of the sheep from the mountains with bryndza, huślanka, wurda and all that sheep and cows may produce in the pastures.

It seems that it is this part of the Ukrainian Carpathians that has managed to preserve the pastoral traditions. We will also witness the unique awareness of own culture’s value here, the production of cheese types and their promotion. Once we head towards the northern-west we will notice less and less pastoral traces. Only Kołoczawa has still remained conscious of its pastoral past. In the pastures surrounding it we will still meet herds of sheep, even though year by year there are less and less of those. Further away in Ukrainian Bieszczady the sheep and cows may most often be met near the villages. Grazing is mostly individual here and we may encounter more and more frequently the private sheep farms. Sheep breeds designated for lamp and mutton meat are farmed here as well. Wool is used to make blankets and rugs, frequently met in the roadside bazaars of the Ukrainian Carpathians. 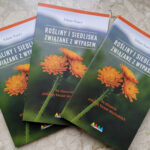 Next Story:
Plants and habitats related to grazing in the Polish Eastern Carpathians