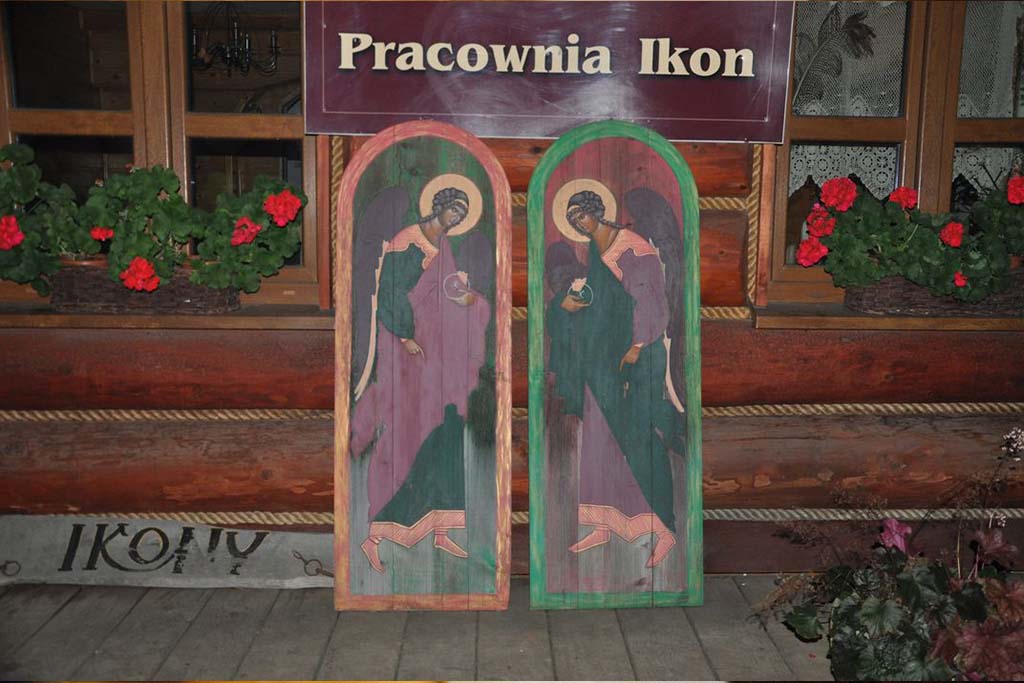 Cisna is one of the most popular Bieszczady towns and villages with a beautiful location. A cult place for many people is the “Memorial Chapel” commemorating the “Zakapiors” who have already moved to the “heavenly pastures”. A unique icon atelier is located here.

Jadwiga Denisiuk and icons produced by her.

The Gallery with Jadwiga Denisiuk’s atelier is the only such place nearby. For 30 years he has been living and working in a converted old Lemko cottage. She graduated from the Agricultural University in Krakow. In love with the Bieszczady Mountains, she bought an old cottage and she has been living there. She was delighted with icons thanks to the painter Agnieszka Kwiatkowska-Słowik, who hosted her in the Bieszczady Mountains. She spent a year apprenticeship with her, then they started cooperation, and finally she started running her own workshop. For many years she has been producing icons by herself, then, students has appeared.

The atelier and the gallery can be visited out of the way, you can go and talk there and watch it. Mrs. Jadwiga says that something attracts people here – first, they come in as they would come in the Gallery, then they buy an icon, then, they order a favourite one, that they have chosen, the one that has delighted the most, and finally come back to the workshop.

There is a  room with permanent exhibition in the Gallery. There are mainly icons created on site, in the workshop, as in an old workshop: a few people, each of them performs his or her own craft. This is a teamwork, the prepared icons are not signed with the name of Jadwiga Denisiuk or another person who finishes painting, the signature is as follows: Veraikon atelier. The largest icon they made was 2.5 metres high. The following replicas of icons are on the walls of the gallery: from Orthodox church, from museum, Carpathian motifs to show them to tourists in particular. They are often of unknown origin, such as the icon from Krynica (the original in the museum in Kiev), Christ of the Low Beskid (the original in the museum in Sanok). There is Queen of Bieszczady – that is how people call the icon in Jasień – brought from the Sanctuary in Rudenka near Lviv. It was “Illegally” brought in the Bieszczady Mountains. There was also an icon of icons – Mandylion, considered to be the first representation of Christ in his life.

In the Gallery you can meet various icons: Russian – ascetic, Balkan – joyful, there are also Greek and contemporary icons. A wonderful seventeenth-century icon of Our Lady of Łopienka, with a noble face that was painted in Roman churches is a favourite icon of Mrs. Jadwiga.

For a thousand and a half years, the icon-producing canon has been in force – a strict recipe containing all the instructions for the painter, from composition, character settings, to the colour of the garments. There are reproduced templates, valuable manuscripts. Some items are produced after having heard about them. Icons painting is a repetition of a theme. This repetition is crucial. Excommunication threatened for deviations. The painter cannot be so much inventive. However, new, contemporary icons are still being created. Whether under the influence of inspiration or craft effort … 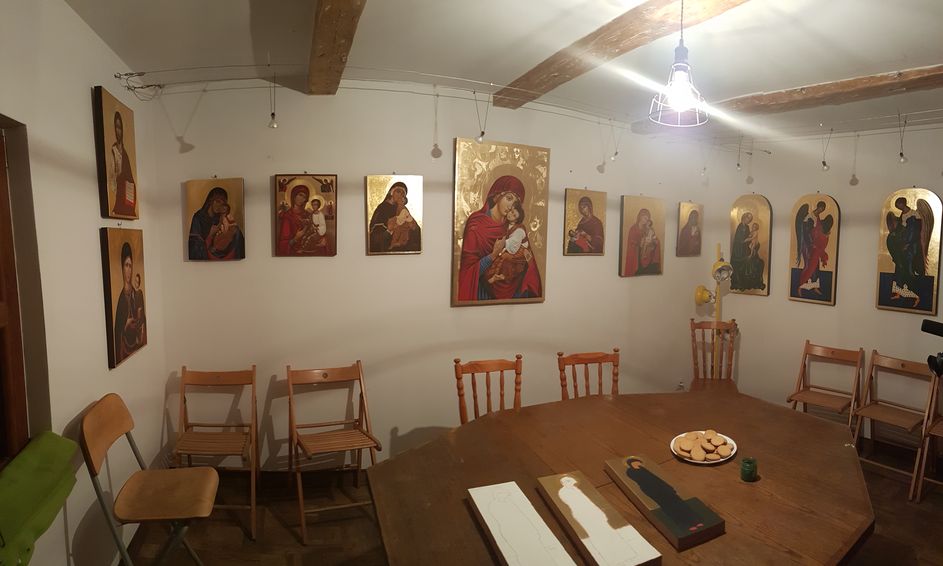 Icon exhibition in the Veraikon atelier 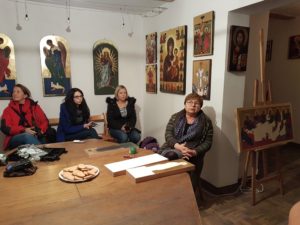 The icons involve the history. Each of them has its own history. How it was manifested, the iconic type, the prototype, where it came from. But there is also the story of its journey, the times she has gone through, the meaning she has got for people. Jadwiga smiles about her rich exhibition and encourages to try to do it by yourself. He says that anyone can write icons: some are attracted to the theme, others by craft. It requires both focus and discipline. Beginners, advanced, work on their own theme or the whole group works on one theme. Mrs. Jadwiga runs workshops for everyone and, as she says, it is the workshop of creativity and recreation. Board, gilding, egg tempera. 30 hours, 5 days, a group of four people. At first they look at albums and everyone chooses their icon. They already get a primed board – it shortens the work by two days – beech wood from Bieszczady, 35 × 25 cm. You should not paint on softwood because it is too resinous. They have been working with the gilder all day using real gold and schlagmetal. When the board is prepared, there is a day to learn how to use paint, making it with a medieval, old egg tempera technique (yolk with water is the binder), adding the ready to use pigment from the store. Then, reproducing the model from the pattern. Formerly on parchment, now a photocopiers are also used. Underpainting, then coat, even five layers – until a uniform colour is obtained. Soft brushes with natural bristles – the paint easily flows off. It takes a long time to paint your face, even two days. This craft painting must dry out, maybe the inspiration is with the prototype. This is where canon and craft apply. In a week, you can do this great job – Mrs. Jadwiga says. After a few days of working together it is a pleasure to visit Orthodox churches and see iconostasis.

In Mrs. Jadwiga’s atelier, sometimes what is lost, is destroyed. There are not so many of such orders. There are few Orthodox churches. They already have their own iconostasis. One of the icons of Mrs. Jadwiga played in the film by Jan Jakub Kolski (title The heart, the sweetheart). An order from the Prime Minister Office – an icon as a gift for Pope Francis was an honour. 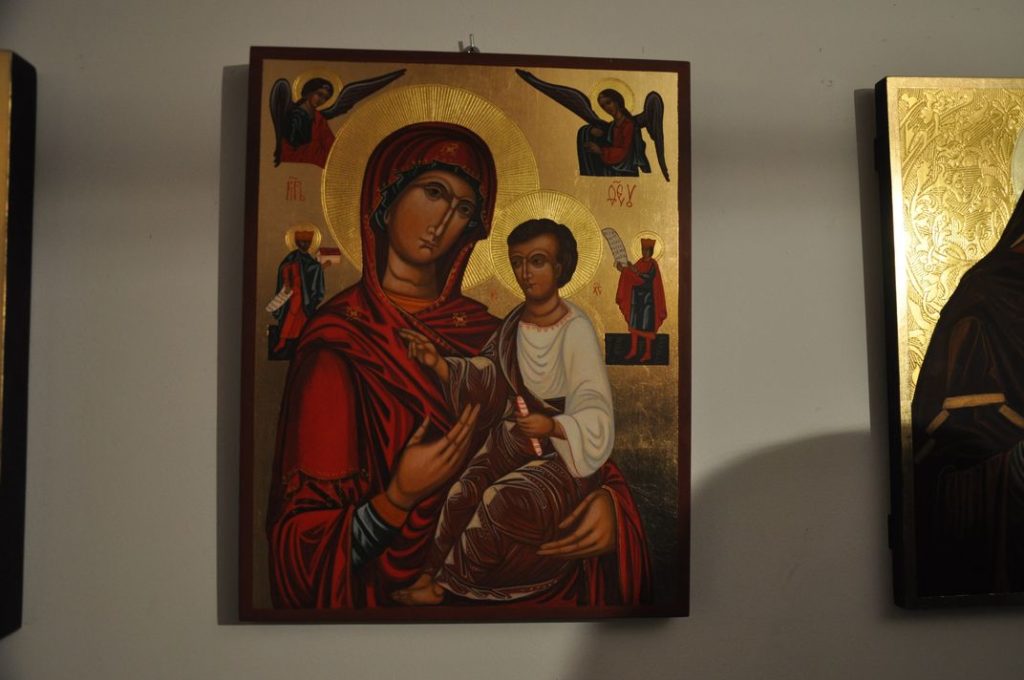 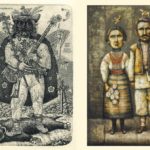