We may encounter many different rare and protected species throughout pastures which increase the natural values of these areas. They include, among others, certain species protected by the Polish law, among which the following low-turf species may be found:  stemless carline thistle Carlina acaulis, Alpine bastard toadflax Thesium alpinum and Fringed gentian Gentianella ciliata. Many different species of orchids grow here – i.e.: round headed orchid Traunsteinera globosa. There are several species to be met of higher rank able to grow high and fine inflorescence.

In the conditions of extensive grazing – Gladiolus imbricatus. The plants protected by the Polish Law are also accompanied by those protected by the European Law – such as pale bellflower Campanula serrata or Tozzia alpina ssp. carpatica.

A unique and characteristic flora element of pastures located on higher altitudes are east Carpathian species, such as: sweet William Dianthus compactus, Viola dacica, Scorzonera rosea, or false helleborine Veratrum album. All the indicated plants are at the same time subalpine taxons representing Alpine flora which frequently enters the subalpine glades and lower areas. The most distinctive group in this category is comprised of endemic species  – that is species which do not appear naturally anywhere else than in the Eastern Carpathians  – such as for example Aconitum tauricum and Melampyrum saxosum.

A significant value of the pastoral flora is provided also by the altitude element (mountain species), especially with respect to the highest locations, that is, at the Alpine and Subalpine level. A group of Alpine species among which such species as fescue, Anthoxanthum alpinum or Thymus alpestris have always occurred on grazing terrains may be encountered here.  An even large group is formed by Subalpine species (considered, together with Alpine species as high mountain species). This group is impacted by grazing to varying degrees, at times tolerating its extensive form. Such plants include species that flourish in low grass turfs, i.e.: Campanula patula, Dianthus compactus or Arnica montana.

The Alpine pasture turfs of higher rank, formed by the Subalpine grassy vegetations are also a home to high mountain grass species such as Chaixa Poa chaixi and Calamagrostis arundinacea. To a slightly lesser degree they are accompanied by species responsible for the floridity – these include for example Viola dacica or Solidago alpestris. On the other hand, in the lower parts of the alpine pastures one may come across the herb vegetation representatives connected to the river spring areas, such as: Trollium altissimus,  Scorzonera rosea or Rumex alpinus.

At the beginning of the growing season, just before spring or in the early spring, the pastures begin to be swamped by yellow dots of coltsfoot  Tussilago farfara, Caltha palustris and Barbarea vulgaris. Around this time of year the turf is also filled with tiny white flowers of Cardamine pratensis and Cardaminopsis halleri as well as Veronica filiformis. In the carpet-like turf of the pastures panels of blue blooming Glechoma hederacea and of red Lamium purpureum start to appear. Here and there one may spot Geum rivale and Viola tricolor.

Early summer also tends to have its own colour range, which distinguishes itself in humid spots with purple blossoms of Cirsim rivulare. In June, the humid habitats welcome  Ranunculus acris and Lychnis flos-cuculi. Scattered here and there blue dots of  Veronica chamaedrysare also to be met. In dry and low-turf places Yellow carpets are formed by the flowers of Hieracium pilosella or Cruciata laevipes, whilst in more humid habitats one may encounter – Lysimachia nummularia and L. nemorum. In June, also Taraxacum officinale bloom in fields. Here and there you may notice one or two red Melandrium rubrum.

Late summer, right before meadow mowing which, due to corncrakes is conducted as late as from the second half of April onwards geranium – meadow Geranium pratense and wetland Geranium palustre may be spotted in bloom, cornflowers – meadow Centaurea jacea and Austrian Centaurea phrygia.  Lotus corniculatus and Crepis biennis usually get their golden colours. Inside a high turf there are ample blue and violet flowers of Vicia cracca, V. sepium. After mowing, blossoming shoots of Knautia arvensis and Knautia dipsacifolia appear in a blink of an eye. Verbascum nigrum.

Tends to bloom until much later on as well. With the coming of autumn pastures are brought back to life through the blooming of Rhinanthus serotinus, which bloom massively for the second time this time of year. Centaureacornflowers bloom until much later as well. scabiosa and Pimpinella major, and on the higher located meadows and glades also –  Solidago virgaurea. There are also many late-blooming species such as Leontodon autumnalis or Succisa pratensis. In October and November one may come across the flowers of Colchicum autumnale here and there.

But in winter one may encounter dried blossoms and tufts of turf which, however, require a certain skill this time of year and an ability to distinguish individual species in them. Above the pastures, cloaked in snow, fine umbels of wild angelicas and hogweeds grow. In weakly grazed areas, smaller umbels of chervils and Pimpinellas occur. The wind sways the  withered cocksfoot ears here and there. Tufts of  sheep fescue and red fescue raise above rise above the snow on old anthills. Whilst, during thaws, green stolons of ground-ivy, yellow pimpernel or moneywort appear here and there.

Colour aspects of individual seasons on a pasture are determined by massively blooming species that stand behind the characteristic colours of a pastoral landscape. Effectively blooming species that dominate in a turf impact the changing colours that are the common features for the subsequent months. They often bloom at once, occurring as components of a multi-colour turf. The most commonly appearing plants that shape the colours of pastures are those possessing flowers: 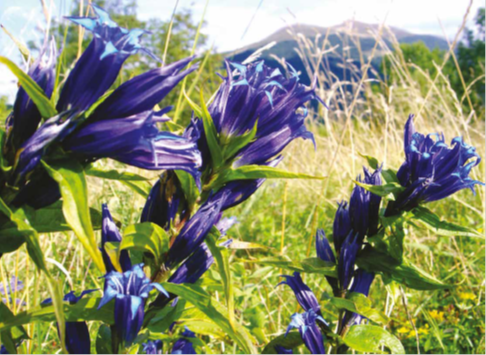 Among regularly grazed plant communities, phytocoenoses in the rank of natural habitats listed in Natura 2000 may be found which have been specified in the Annex to the Habitat Directive of EU. They include habitats marked with a special code, such as:

The value in itself is also the historical aspect of the high mountain pastures which constitute live monuments of the former pastoral culture. Many of the pastures have already been strongly transformed, Nevertheless, traces of pastoralism are still visible there. In the Alpine pasture zone such phytocoenoses include: 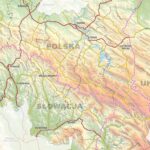 Previous Story:
A survey on the potential of the Polish-Slovak-Ukrainian border area

Next Story:
Vegetation related to grazing