The nature of the Carpathians is characterised by high biodiversity, which is why this area plays a very important role in protecting various types of natural habitats and many species of plants and animals. Among the insects found in the Carpathians, a very interesting group are beetles, among which about 100 endemic species have been found, i.e. the ones that occur only in this area.

In most cases, this is due to specific ecological requirements and narrow tolerance to environmental factors, as well as low mobility of these organisms. The beetle species unique to the Carpathian interior include the two examples discussed below.

Pseudogaurotina excellens is a very rare relict species of the longhorn beetles (Cerambycidae). It occurs only in the Carpathian Mountains (Carpathian endemic), in a few isolated positions located in Poland, Slovakia, Romania and Ukraine. In Poland, it is known for the Żywiec Beskids (especially the Babia Góra and Pilsko massifs), the Beskid Sądecki, the Pieniny and Tatra Mountains. Due to its rarity, it is covered by strict protection and, moreover, it is included in Annexes II and IV of the EU Habitats Directive and on the “Red List of Endangered Animals in Poland” with the category LC (least concern). 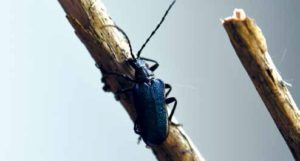 Adult organisms of pseudogaurotina excellens have a body about 1.5 cm long. The head, antennae, prothorax, legs and abdomen are black, and the covers are mostly dark green or dark blue metallic. Pseudogaurotina excellens occurs in mountain spruce or fir forests, with a large proportion of old black-berried honeysuckle (Lonicera nigra) and Tatarian honeysuckle (L. tatarica). The most known sites of the species occur more than 700 m above sea level.

Feeding larvae of Pseudogaurotina excellens in the shoot of black honeysuckle.

Adults organisms appear in the period from May to August, while the swarm usually falls in the second half of June or early July. The beetles are not very timid, and can be observed on leaves or honeysuckle sprouts and during heavy flights between the bushes. After copulation, females start laying eggs, choosing shapely, old bushes with shoots larger than 3 cm in diameter. The larvae feed inside the sprouts for 2 or 3 years, and with numerous occurrences they can lead to the dying of individual sprouts or even death of bushes.

Among the most important factors threatening pseudogaurotina excellens populations are the overgrowing of honeysuckle sites by woody vegetation, which leads to excessive shading in relation to the requirements of this thermophilic beetle. The isolation of the individual honeysuckle sites also has a negative impact. Pseudogaurotina excellens is one of the weakly flying species, therefore it finds the best conditions for its development on sites where the distance between shrubs does not exceed 30 metres.

(Carabus fabricii) belongs to the family of Carabidae. It is a very rare, relict mountain species of Alpine and Carpathian range. He is known from the Alps: Austria, Switzerland, Slovenia and Italy, and from the Carpathians: Czech Republic (historical data), Poland, Romania, Slovakia and Ukraine. In Poland it occurs only in the Tatra Mountains and Babia Góra. To date, four subspecies, differing in scope and morphological features, have been described: Carabus fabricii ssp. fabricii (Austria, Germany, Switzerland, Slovenia, Italy, Poland and Slovakia), C. fabricii ssp. koralpicus (Austria: Koralpe), C. fabricii ssp. malachiticus (Romania and Ukraine) and C. fabricii ssp. ucrainicus (Ukraine: Gorgany). In Poland, Carabus fabricii is under strict protection and has been placed in the “Polish Red Data Book of Animals” and on the “Red List of Endangered Animals in Poland” with the EN category (endangered).

Carabus fabricii from a position in the Babia Góra massif.

Adult organisms grow up to over 2 cm in length, and their body has an oval habit and a copper-brown colour with various shades, e.g. green or purple. The habitat of this beetle is high-mountain grasslands located above the upper forest boundary, in the montane ecosystems and dwarf mountain pine. Most of the known sites are located at an altitude of over 1500 m above sea level. Both adult and larvae are predators and their preys are mainly earthworms, spiders, fly larvae, butterfly caterpillars and beetles. Larvae look for food mainly in bedding, under rocks and rock debris, and adult beetles look for food also on the ground. Beetles have lost their ability to fly, but, like other species of the genus Carabus, they run very efficiently to look for food.

The most important threats to these species are related primarily to the isolation of individual, often small, populations. Negative impact also applies to intensive tourism in the areas where the species occurs, which may result in trampling of beetles moving along tourist routes. 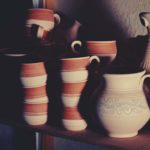 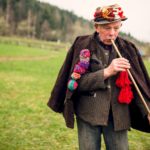 Next Story:
A visit at a herbalist