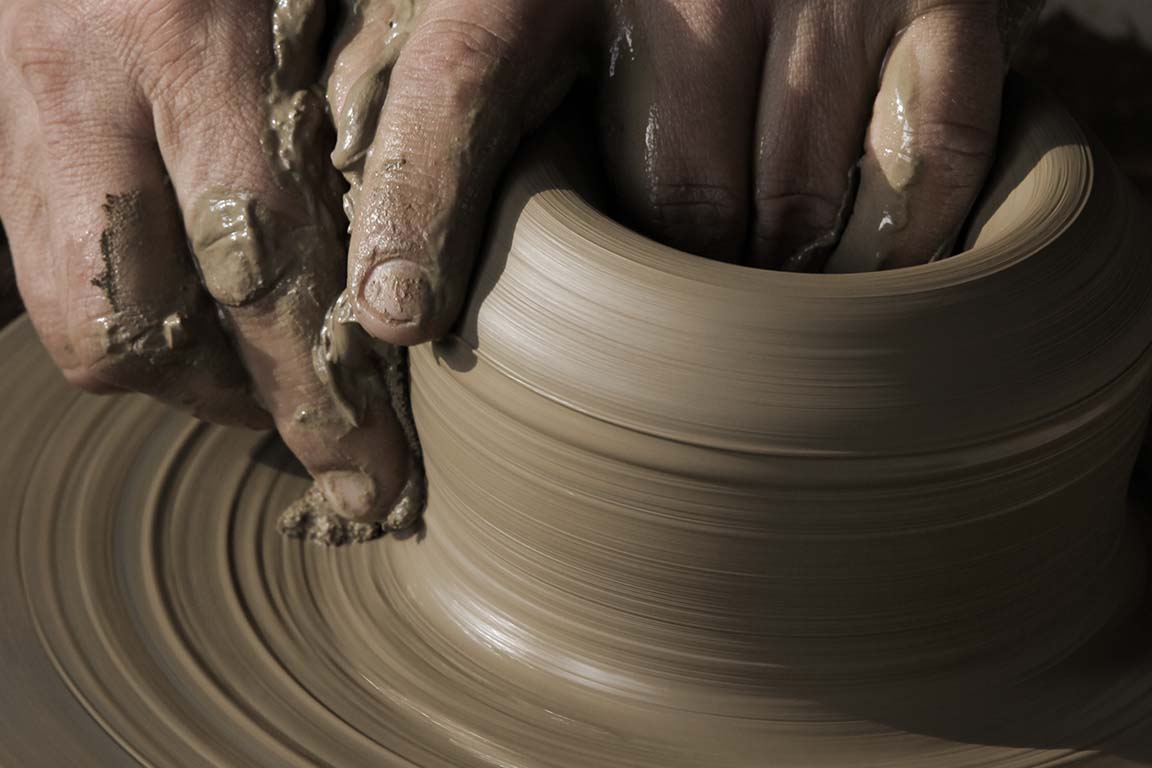 Due to the technological processes necessary for the implementation of the process, the practical knowledge provided to the master during ceramic workshops requires a significant distribution of them over time. Therefore, the decision to divide the activities in the project “World of Carpathian rosettes – activities to preserve the cultural uniqueness of the Carpathians” classes into two sessions: October and November. The first of them took place in Wola Sękowa on 18-20 October 2019. 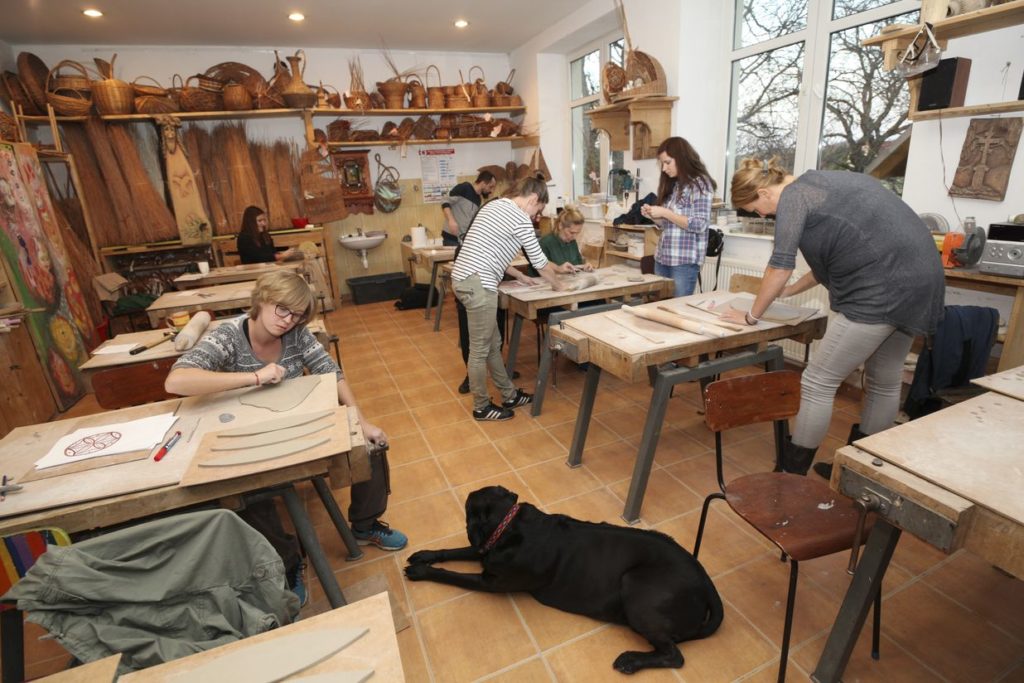 The theory and skills in ceramic works, with a special focus on the Carpathian tradition, participants of the three-day meeting could be learned at the University of Folk Artistic Crafts in Wola Sękowa k. Rymanova. The main instructors were Katarzyna Ziomek and Zbigniew Przytulski. 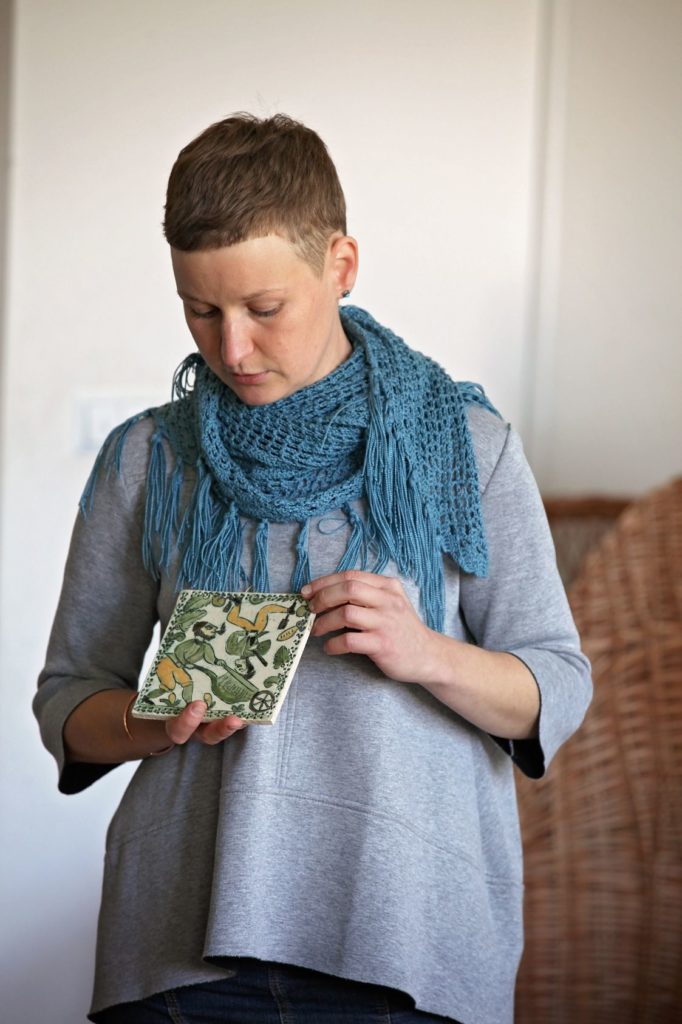 On the first day of the workshop, participants were presented with basic ceramic techniques and types of tools and materials, as well as ways of obtaining them. Great emphasis was placed on the review of the achievements of the inhabitants of the Carpathians on these issues. Katarzyna Ziomek, the lecturer, presented examples of Hutsul, Pokucka ceramics, and focused on their original design and workmanship techniques. A lot of time was also devoted to the carpathian symbolism used in contemporary ceramics and the review of works inspired by pokucka ceramics. After this preparation, the participants made their own projects, followed by tiles referring to the design of Husulski. Katarzyna Ziomek helped in their creation, but also the materials prepared by her in the form of photos of Carpathian symbols along with a description of their meanings, as well as original Hutsul tiles. An important part of the workshop was the execution of a joint project: large sizes of carpathian rosend. This well-known solar symbol patronizing the whole project, after the participants have finally performed, will be mounted on the wall of the shed located on the territory of the University of Sękowa. At the end of the class, the members of the group took part in the creation of simple forms using the technique of squeezing from the ball, which they then decorated with their own hands. 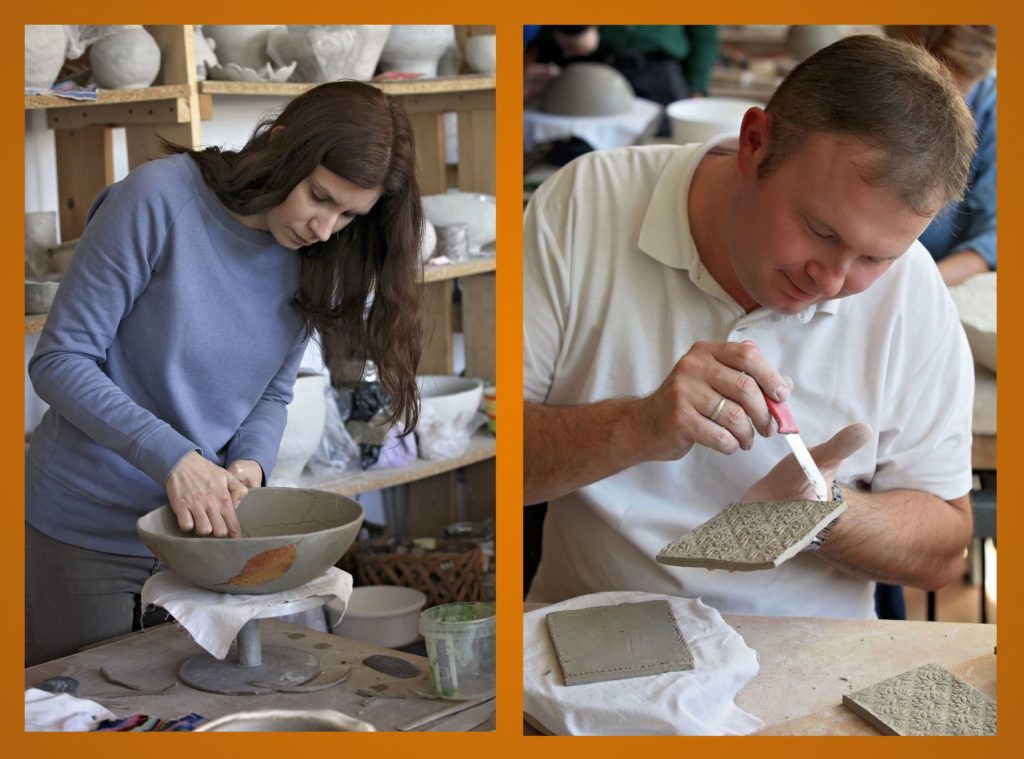 On the second day, participants learned about mechanical methods of ceramic production. Zbigniew Przytulski also gave a lecture Potter’s Circle – types of wheels, obtaining materials, preparing clay, historical rysy, which ended with a show of work with the wheel in its execution. On this day, each under the supervision of an instructor prepared several types of dishes rolled on the wheel. After a slight dryness, they were decorated. 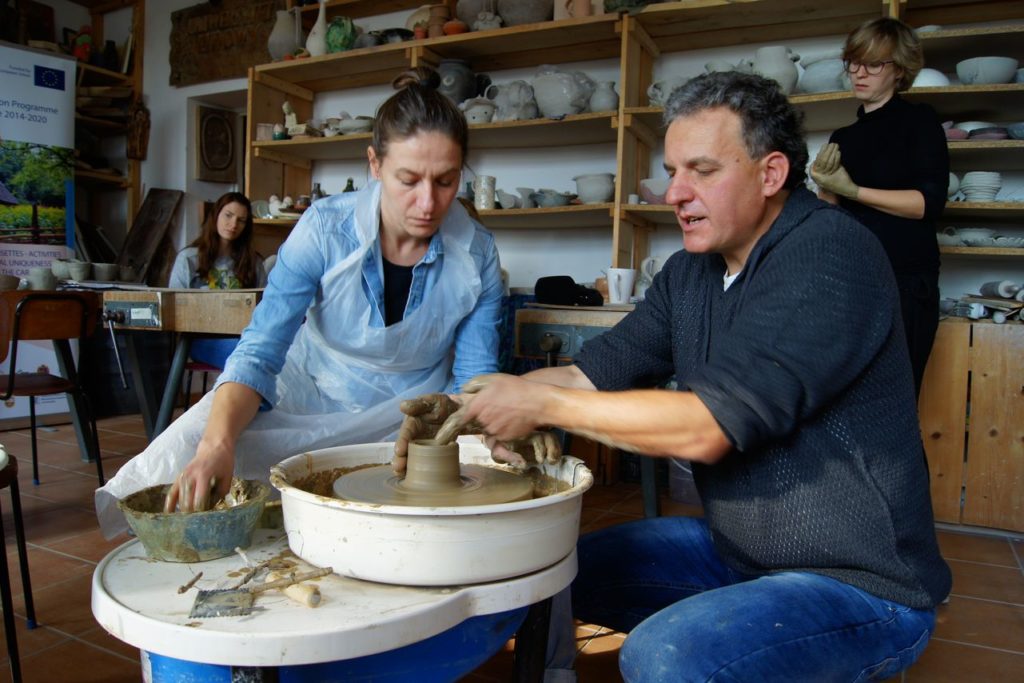 The third day of classes was dedicated to getting acquainted with further techniques: pouring from petals, pouring from rollers, pouring in gypsum forms. Some ways of decorating ceramics have been discussed and used in practice: engraving, angob painting, template, leaching, stamping. The adepts finished the works made earlier, which went to the mini exhibition. 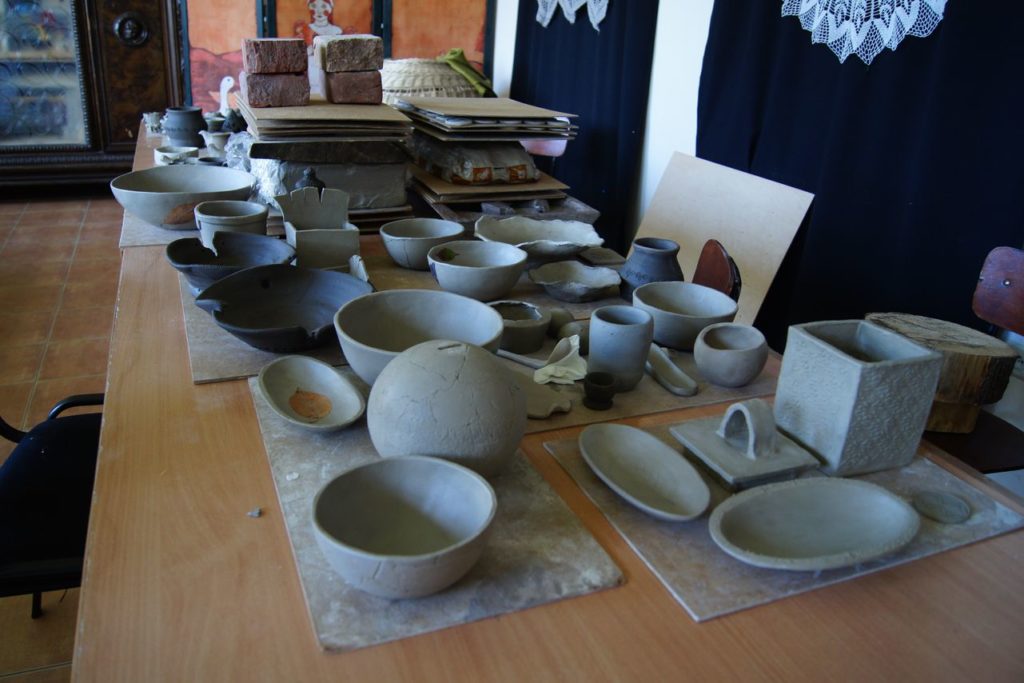 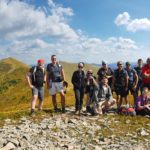 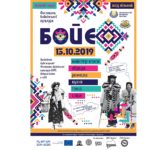