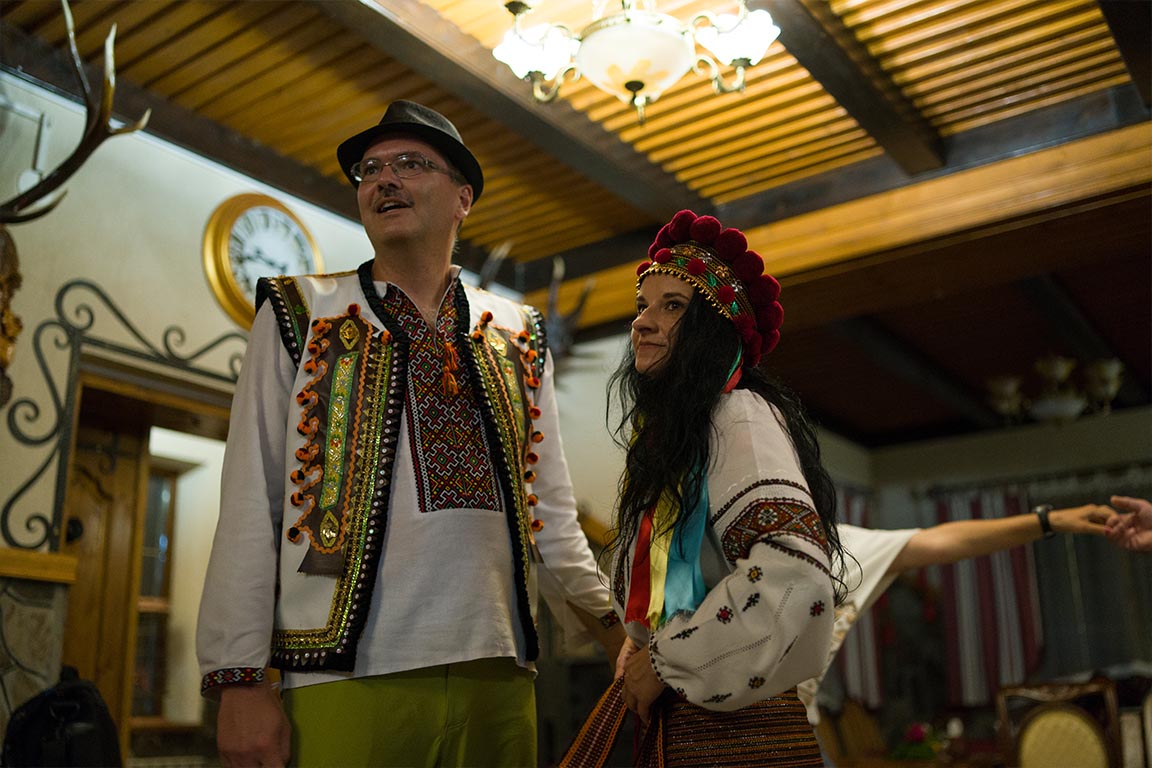 Boykos’ traditional spiritual culture is rich and varied. This also fully applies to the area of calendar habits and rituals. At some time, the particular areas of the Boyko region were studied in detail by Mychajło Zubrycki, František Řehoř, Zofia Strzetelska- Grinberg, Filaret Kołessa, and Ivan Franko. The researches are nowadays being made.

Among the holidays at the beginning of winter in the ritual context, the Presentation of the Blessed Virgin Mary or the first Christmas Carol stand out. On the day of the Presentation of the Blessed Virgin Mary, the custom of the first podłaźnik was observed (a person who entered the house as the first one and gave the family wishes). The custom of podłaźnik was also practised at Christmas and on the Old New Year. Prosperity throughout the year allegedly depended on the podłaźnik, the person who first entered the cottage. It could have been both a person (it was the best when it was the boy who entered the house as a first) and an animal, so a lamb, a dog, a rooster, etc. were also brought in. On the Saint Andrew’s Day, boys made “losses” at those yards where the unmarried girls lived; in turn, the latter told fortune about future brides. One can  also pay attention to “hemp seeding” on St. Andrew Day, which in individual towns of the Boyko region was accompanied by burning bonfires and special singing. 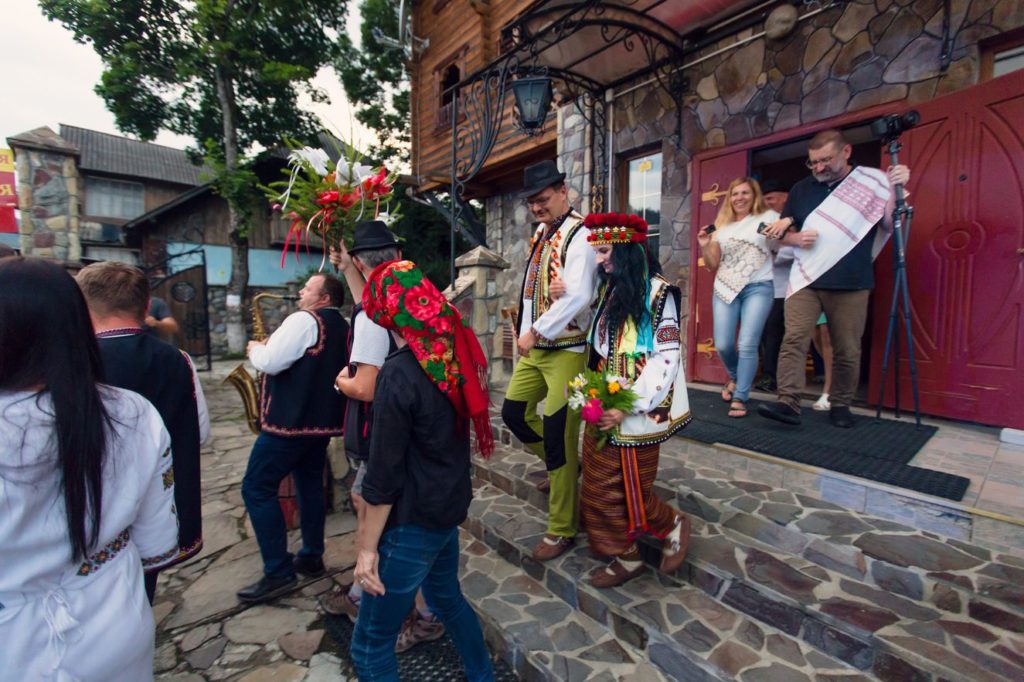 Among the customs and rituals for Christmas and the Feast of the Jordan the ones stand out that are related to kutia, ritual bread (pałanycia, wasylinyk, etc.), set in the corner of the hut by a sheaf-didukh, etc. On Christmas Eve, the hosts foretold a good harvest, protected the home and the habitat against the “forces of evil”. The main motifs of the Christmas and Jordanian rites are alluvial, agricultural and cattle farming customs. The hosts expected help from the souls of deceased relatives, they tried to provide a good harvest of grain, hemp, fruit. This also applied to the grazing and increase of cattle, egg production of hens, the reproduction of bees and even the impressive mushroom collection in the forest. New Year Tradition of decorating the stove practised in the eastern Boyko region, is impressive. The Boyko Christmas carol is also interesting. 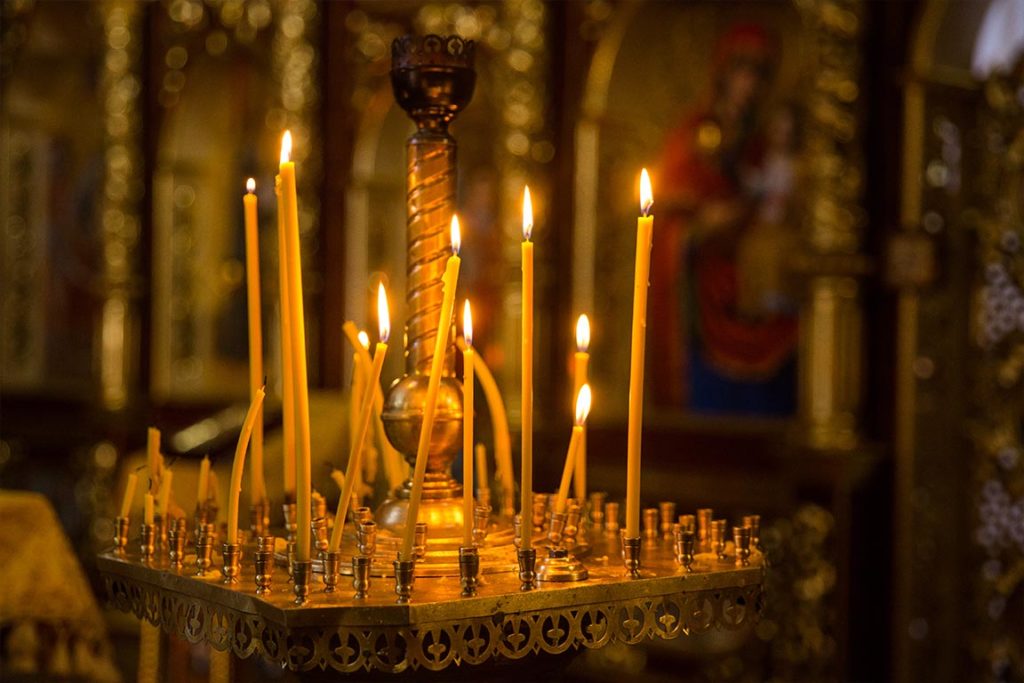 Among the early spring holidays, a special place is occupied by the Annunciation, before which, according to beliefs, it was not allowed to dig in the ground, because it is still “sleeping”. At the same time, most of the customs and rites of the beginning of spring relate to Easter. A characteristic feature of the Boyko region was the baking of one large pound cake, which the host carried separately, in a bag, to be blessed, while the housekeeper carried a basket with the other products. Letting the shells of the blessed eggs go to water for the Rachmans (perfect creatures, good spirits, intermediaries between heaven and earth, living far to the East), where Easter falls in the middle of Pentecost. Also peculiar is the West Boyko Easter custom of Worodaj, whose main character was “a man” with a whip. In total, the number of Boyko Easter games, as well as “wiośniarki”, has at least several dozen items. 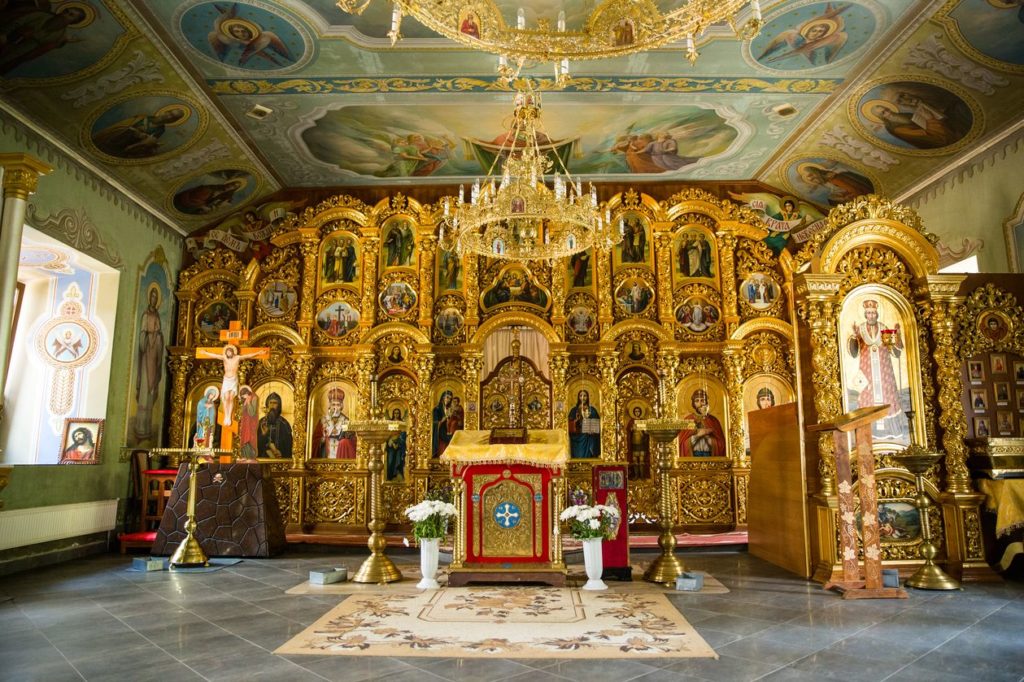 Yuri’s Night is mainly associated with cattle breeding in the Boyko region. On this day, as well as on Kupala Night, cows were especially guarded against witches. On Pentecost, the Boykos, as well as the whole Ukraine decorated cottages, farms, gardens and fields with flowers. Types of greenery and its purpose differ from region to region. Until recently, in many Boyko villages, there was a tradition to celebrate “zapusty” (“Shrovetide”) on Pentecost or Saint Peter day. It was a holiday of shepherds, the main ritual attributes of which were the pole and a table cut out in a special way. Cows for Pentecost were driven to pastures, already richly decorated with growing greenery.

The cottages were occasionally decorated on Ivana-Kupala (St. John’s Day). In some places there was also a tradition of young boys jumping in the evening over a bonfire called “sobitku”. At night, adventurous young people and fortune-tellers went in search of the mysterious fern flower. After the St. Peter’s Day, the customs and rituals are already mainly related to harvesting and working in the field. The impressions about holidays related to lightning and connected to St. Elijah, St. Pantaleon and the so-called Miracle of the Archangel Michael at Chonae stand out.

In conclusion, it can be said that despite the unavoidable and caused by the passage of time losses in the field of spiritual culture, the traditional customs and rituals of the Boyko region are still remembered by its inhabitants, which encourages further exploration and ethnographic research. 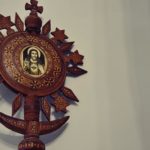 Next Story:
Relics of primary forests