The oldest and the wooden one in the Bieszczady Mountains

The tradition is associated with the church of the Assumption of Mary in Średnia Wieś in Średnia Wieś (Lesko commune) with a will written in 1621 by Piotr Bal, Sanok chamberlain, the owner of the village. He mentions there that he wants his wife Jadwiga to also leave Calvinism and build a Catholic chapel. At that time, the building served as a Protestant church.

This small and modest looking building made of larch wood, the temple of the Assumption of Mary in the village of Średnia Wieś (Lesko commune) is located on a small hill, in the centre of the village, on the south side of the Hoczew-Polańczyk road, near the former manor complex. 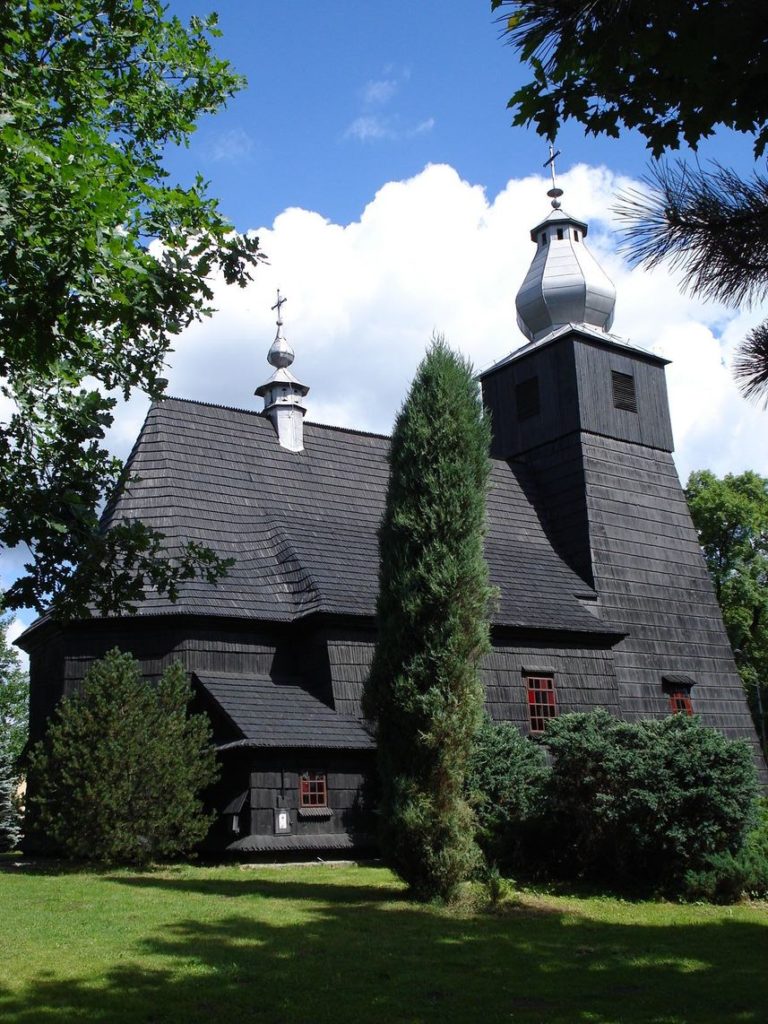 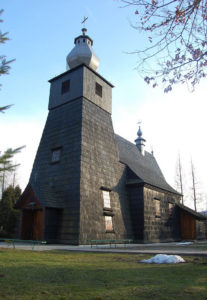 The church was established in the second half of the 16th century as a manor chapel of the Balowie family. Although, in a will written in 1621 Piotr Bal, the chamberlain encouraged his wife Jadwiga to leave Calvinism and build a Catholic chapel, now this letter is interpreted as a necessity of restitution in the existing building of the Roman Catholic church. However, only in 1697 the chapel was recovered by the Latins. In 1634, from the foundation of Katarzyna Balowa from Oraczewscy family, the whole furnishings of the temple – which has been preserved to this day, was created in good woodcarving workshops in Krosno, as well as wall paintings.

The church was renovated in the years 1959-1968, the wall paintings were restored, window joinery was made and the roof was covered with wood shingles. In the years 1983-1984, the church underwent a significant expansion by adding a turret on the north side, and as a result of another investment project in – 1991 – the second sacristy was created on the western side of the sanctuary.

It is an unoriented building (the sanctuary towards the south), a log structure, built in the tradition of the late Gothic wooden churches of Małopolska. It is single-nave on a rectangular plan, with a smaller, short sanctuary, with semi-hexagonal termination of the sanctuary, with two sacristies on the sides. The modern post and beam constructed tower with a bell tower from the front, with sloping walls, finished with a roof cupola, with a lantern. The single-ridge roof is covered with wood shingles, with a ridge turret above the nave, finished with a tin roof cupola. There are flat ceilings inside. The loft is supported by two pillars made from the original rood beam, and there are still traces of the Latin inscription on it. Two portals with ogee arch, leading to porch under the turret maintained in the late Gothic 16th century carpentry style, survived under the loft. During the last renovation, two portals of identical shape were added on their sides. Representative and illusionistic paintings on the walls and ceiling; on the wall of the sanctuary there are painted architectural divisions dating back to the first half of 18th century. In the late Baroque main altar there is an image of the Mother of God with the Child giving Her an apple. There are also two side altars, on the left side there is an image of St. Stanislaus Bishop, on the right side there is St. Catherine – they are dated to the first half of 18th century. 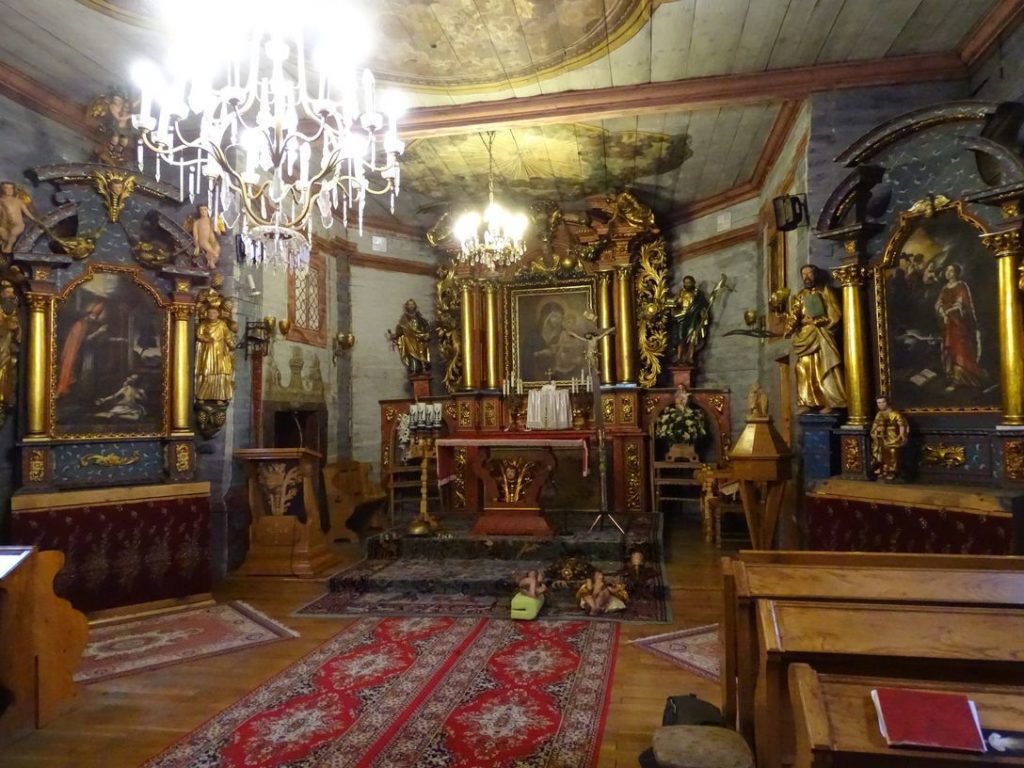 Despite the historic furnishings, we can also find contemporary artistic accents in the interior: the reliefs of the Stations of the Way of the Cross hung in the nave, as well as the sculpture of the Last Supper in the church porch, made by Jędrek Wasielewski “Połonina” from Bieszczady Mountains.

Previous Story:
Adephaga from the “Red List”
Next Story:
Ancient and modern Carpathians