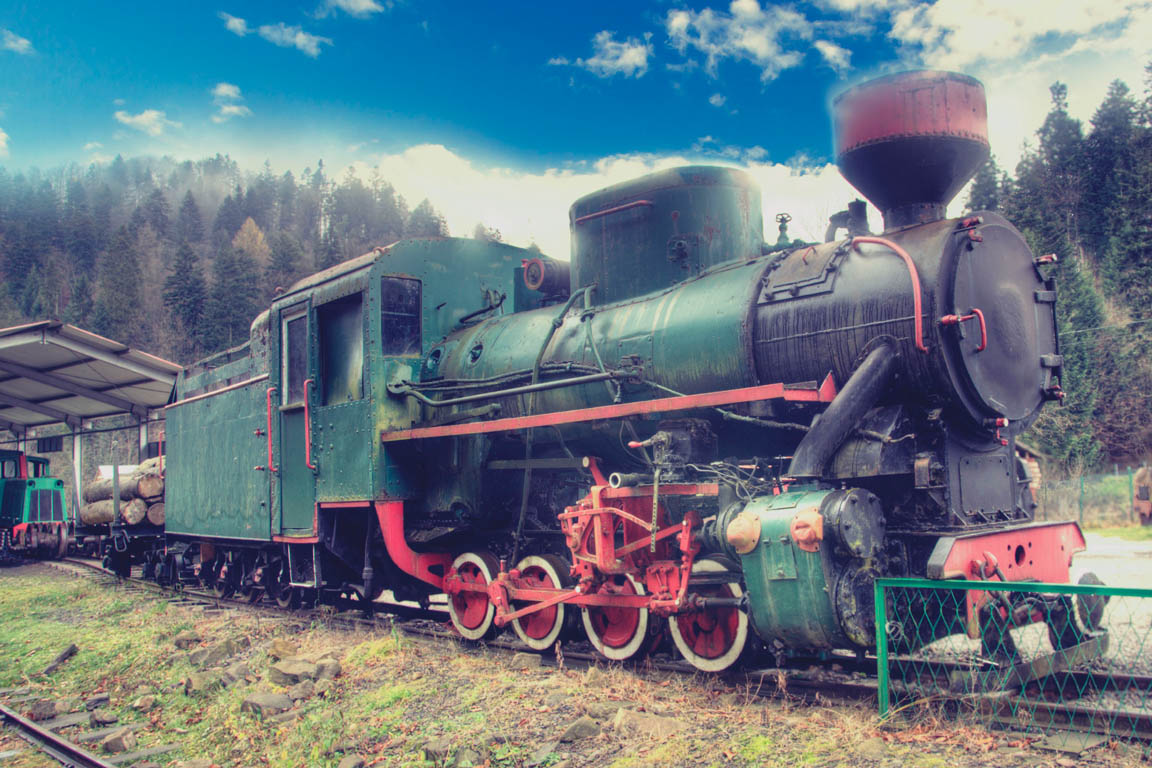 The first train arrived at the Majdan station in January 1898. Initially, a standard-gauge railway has been built here, but then, it was decided to build a narrow-gauge railway. This option has turned out to be cheaper and technically easier to lay track in demanding mountainous terrain. The main purpose of its creation was wood utilisation.

Some lines of the railway were stacked only for the needs of current timber exports, removed and taken to another place. Although the main purpose of the railway was to transport timber, there were also passenger carriages and even a carriage shop that was at the end of the railway. The railway also participated in the warfare. In the 1950s it was handed over to the State Forests and was still used during the Polish People’s Republic to transport the timber. After 1989, it was no longer profitable, more and more processing plants were collapsing, road transport was developing and at some time the railway started to make losses. However, the fortunes of war were favourable to the railway. The history of railway transport in the Bieszczady Mountains, dating back to 1890, might have already finished in the early 1990s. However, it survived the times of transformation, although there was close thing of sharing the fate of similar ones in Ukraine and Slovakia. There, the steel tracks are part of the construction of almost every house in the area.

A group of enthusiasts founded the Bieszczady Forest Railway Foundation in Cisna – Majdan in 1996. The time has come to renovate, collect rolling stock, raise funds for operation. The foundation has achieved a lot: the railway is constantly growing, it also has a good financial result. It is a unique tourist attraction and attracts crowds of satisfied tourists. The main station of the famous Bieszczady railway is located in Majdan, on the road between Cisna and Komańcza. There are two routes to choose from – courses with views and a half-hour stop at the destination and return. To Balnica: a total of 9 km, and the entire trip lasts two hours, or to Przysłup – it is a total of 11 km, 2 hours 50 minutes. 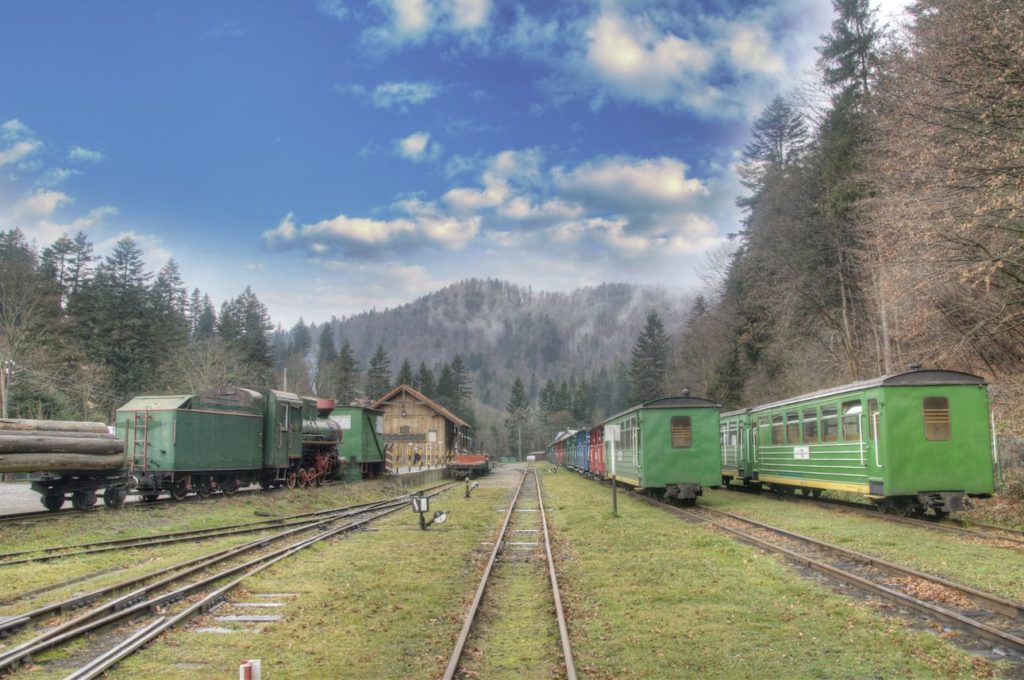 The complex of the historic station in Majdan near Cisna fitted into the Bieszczady landscape.

During the holiday season, the railway runs daily, we will hear the prolonged whistle of the steam locomotive ready to leave 5 times a day. Out of season – several times a week. You can order an occasional trip. It is also used by railway enthusiasts, modelers, fans of unique items. You can buy the ticket in the historic building of the railway station, you get into the charming carriage, sit on a wooden bench facing the views. The railway leads through the forest backwoods, you can behold the beautiful landscape or just look inside the forest. There is no passage between the carriages, but if we choose the right carriage, there is a guitar and good company.

The purpose of the Bieszczady Forest Railway Foundation is to keep the old narrow-gauge railway running, as well as to help develop the Bieszczady tourist attendance. The breakthrough moments in the recent history of the railway were: – 1992, when the station, locomotive shed, office and locomotive building were entered in the register of monuments, – 1996, when the Foundation was established and the railway was kept vigorous.

In the first years of the Foundation’s activity, there was an open-air museum here, where the relics of the Bieszczady railway industry were made available to the public. Some of the valuable exhibits were donated to the Railway Museum in Sochaczew for a while to be renovated, but they have remained there to this day, which the founders regret. Some have returned, there is hope for the return of further exhibits, then they will be made available at the station in Majdan. Almost all the year tourists are transported by the Kp4 steam locomotive – it has already become part of the Bieszczady landscape. The Foundation ensures the current functioning of the railway, as well as the necessary repairs. Some of them are carried out on site. Every 6 years the steam locomotive is renovated – all repairs cost 700,000 zlotys. One would like historic carriages to follow the steam locomotive called Las or Kp4, but obtaining this type of rolling stock is a big problem. Many of the wagons included in the list of historical monuments are wasted on the sidings of the surrounding towns. However, it is difficult to obtain them, although it is sad to see their slow destruction.

Mariusz Wermiński, President of the Board of the Bieszczady Forest Railway Foundation in Cisna.

Despite the extraordinary passion, resourcefulness and vision of the railway managers, there are many “logs and limitations” on the tracks of its efficient operation. It runs through the areas of the State Forests, a monument conservator supervises part of the rolling stock or buildings. The regulations and certificates they must have are the same as for example for Pendolino trains.- Everyone likes the railway because it is a common good. It is an attraction and, in addition, works with a satisfactory financial result – explains Mariusz Wermiński, President of the Foundation’s Management Board. – The media show the railway with pleasure, therefore we can spend the money saved on promotional expenses on the renovation of the rolling stock. And no wonder, there is always something to do here.The group of enthusiasts managing the railway has a bold vision of its development. Provided that it is possible to win the favour of the decision-makers, provide adequate, not at all small financial resources and meet all procedures, then the train will be a significant tourist attraction of Beskidy with modern routes with views and all the facilities such as car parks and comfortable rolling stock. One of the Foundation’s projects is the launch of draisines from Wola Michowa to Smolnik.

The total length of the built railway – from Rzepedź to Moczarne – is 73 km. Maybe in the near future, the steam locomotive will blow a whistle in Rzepedź to stop in Moczarne. Mr Mariusz emphasises that the Bieszczady railway is one of the few attractions of the Bieszczady Mountains. Not taking into account the nature, of course. There is always crowd of people in the season. The tourist is  both demanding and necessary. Thanks to it, there are receipts to the cash register, of which part is intended for renovations and investment projects. There are four locomotives on the track: three in operation, one is a necessary reserve – for the time of repair or technical intervention. For the needs of tourist traffic it is necessary to have facilities: parking, toilet, gastronomy, attractions. The founders have ideas, they have plans because the tourist expects the “Bieszczady atmosphere”. Some want historical costumes, others want a “cowboy-Bieszczady” entourage, and even a colourful amusement park. And how can you maintain the severity that belongs to the history and nature of the forest railway? However, as experience has shown, the two can be combined with each other: the employees are local, the driver can go to the tracks with a pickaxe, and then, with a smile, validate the tourist’s ticket and give information about the driving progress. 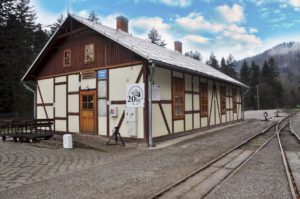 The historic station of the Bieszczady Forest Railway was renovated thanks to EU support.

Author of the text: Justyna Warecka
Photos made by: Maciej Basta, Dariusz Dąbrowski 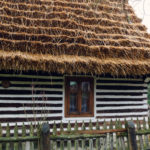 Next Story:
The trail of Carpathian heritage