Clay was gracious to us 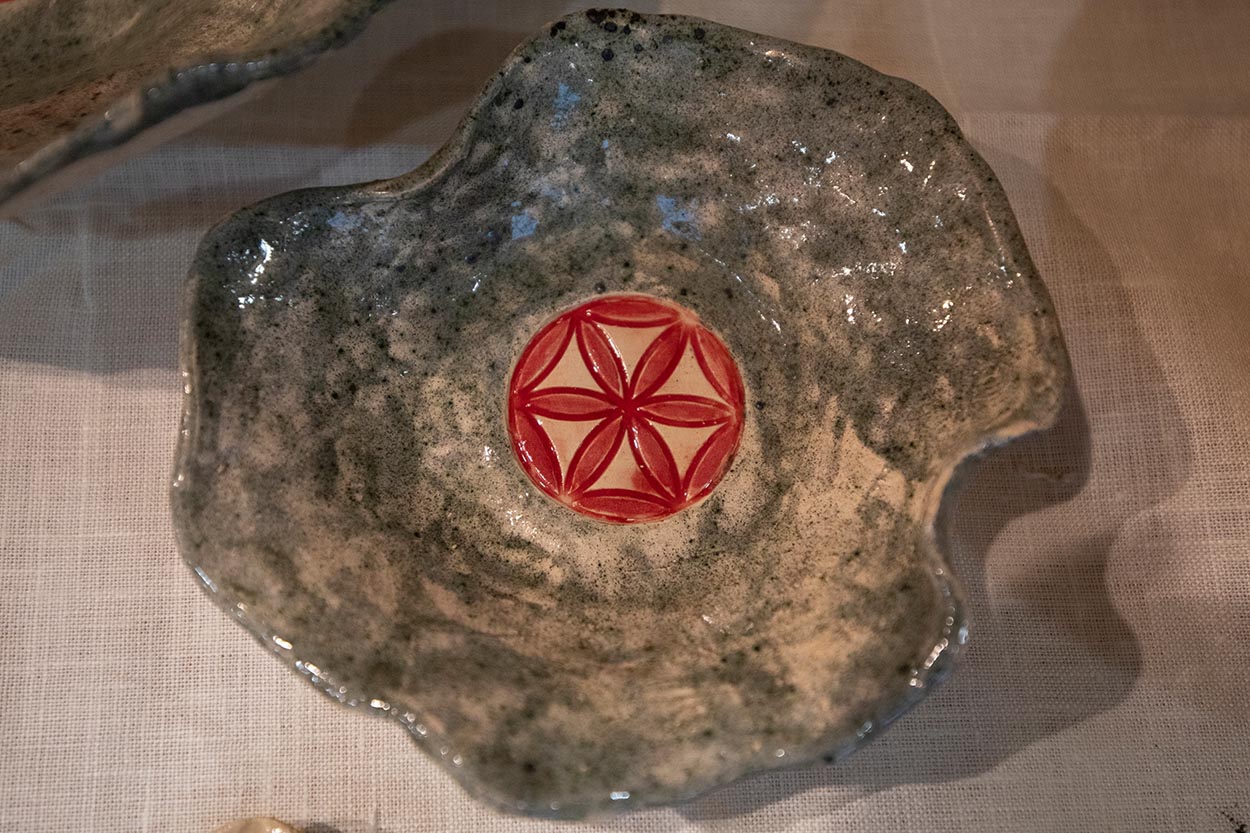 From 8 to 10 November 2019 on the territory of the University of Folk Artistic Crafts in Wola Sękowa, the second part of the ceramic workshops was held as part of the project “World of Carpathian Rosettes”. Their rich program allowed participants to introduce participants to the world of ceramics, to learn about its history, as well as the various techniques of its creation and the firing. 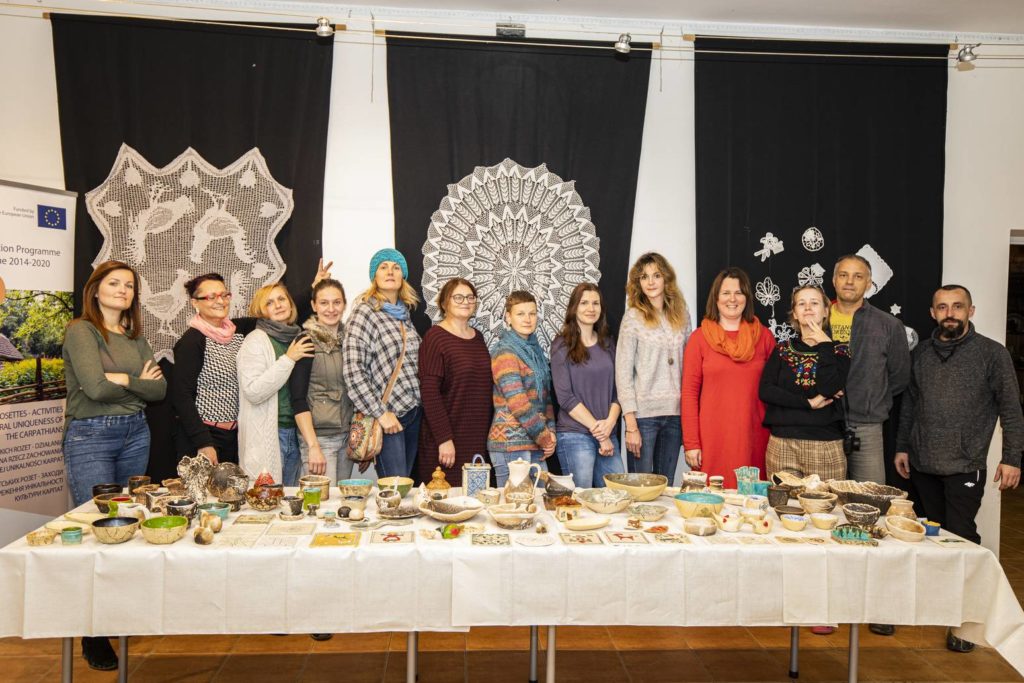 The workshop was conducted by ceramicartists, who are masters in their field, and at the same time able to share their art with others. During these classes, the love of clay was instilled in us by Katarzyna Ziomek from the studio “Pepesza Ceramics” and the director of the host university Monika Wolańska. The meeting turned out to be extremely inspiring for everyone, which was undoubtedly influenced by the beauty of the Low Beskydy, artistic and somewhat mysterious aura of the place, as well as the personality of the presenters. 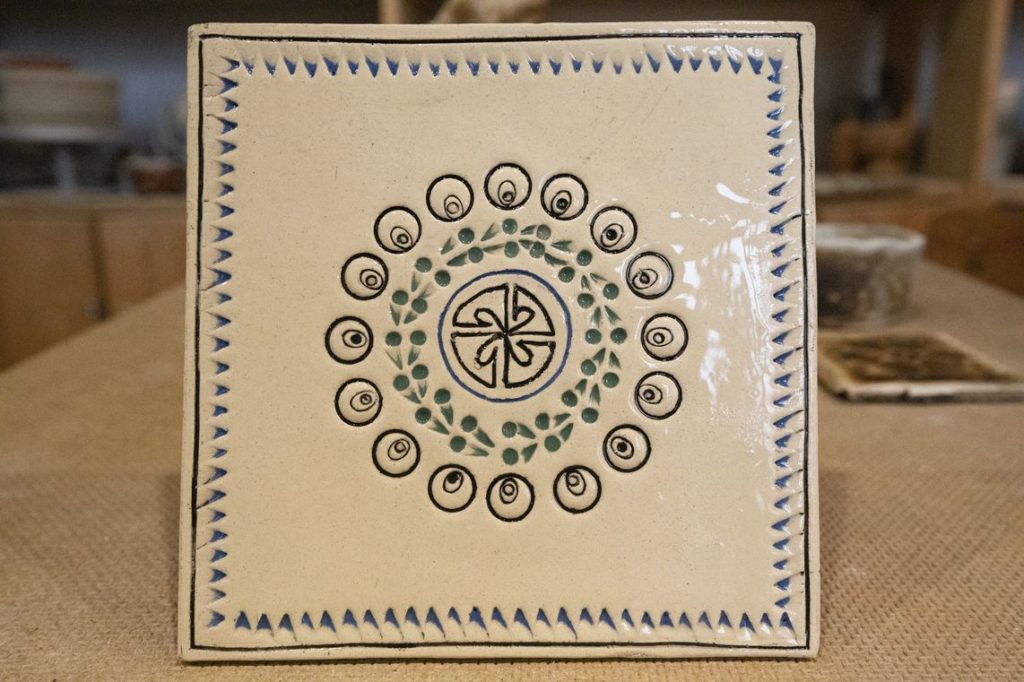 In this extraordinary atmosphere, we passed the work, which on the first day consisted in completing burnt bisquity. Through practical classes, we learned the types of enamel, enamel methods and other types of decoration of pre-burned clay. The stage of coloring and enamel turned out to be quite embarrassing and disgusted us a bit of problems, because as it turned out, this is the most difficult part of creating ceramics, at which knowledge is required already at the master level. Thanks to the advice and help of the presenter Katarzyna Ziomek, we managed to decorate the previously prepared ceramic elements. We used ready-made enamelins in powder form, which had to be diluted in the right amount of water and then applied to the surface. There are three methods of enamel ing of bisquity: pouring enamel, immersion and painting with a brush. We used all three of these methods for enamel. After applying the enamel and drying, all the decorated items went back to the ceramic oven and spent time there until Sunday morning. They were burned out for a day and a half at temperatures up to 1200 st. Celsius. After opening, it turned out that all the works went and are beautiful. 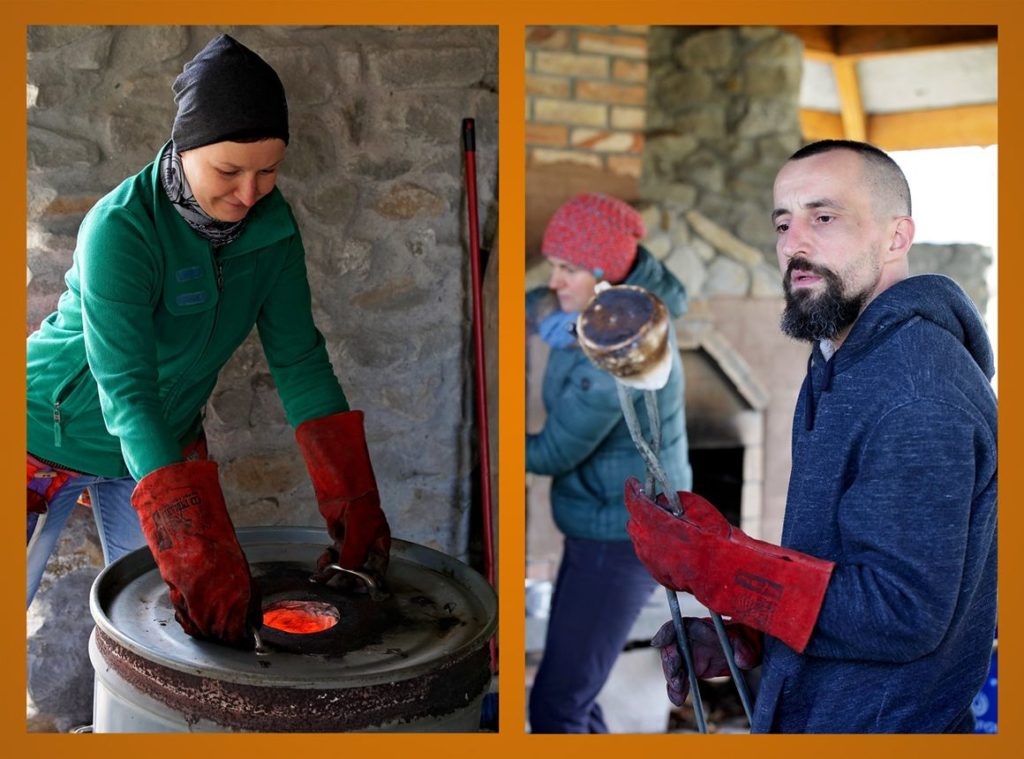 On the second day we met with Monika Wolańska, director of the People’s University in Sękowa Wola, and at the same time a master of ceramics. She introduced students into the world of another technique of propel ceramics, or obvars – Slavic cancer. It is a method of firing ceramics, consisting in decorating and simultaneously sealing objects by submerge them in sourdough, that is, a solution of flour, yeast and water. This technique was established around the 12th century and was the most popular in eastern European countries. For us, it turned out to be very spectacular and exciting. Each of us had to remove our dishes and ornaments from the heated up to 900 st. Celsius bake, then dip in sourdough and cold water. Thanks to this, fanciful, unpredictable and beautiful patterns were created on the surface of objects, burned by fire and extinguished with water. The decorative technique of the obwary has exceeded our expectations and thanks to it our work has acquired an extremely mysterious character. 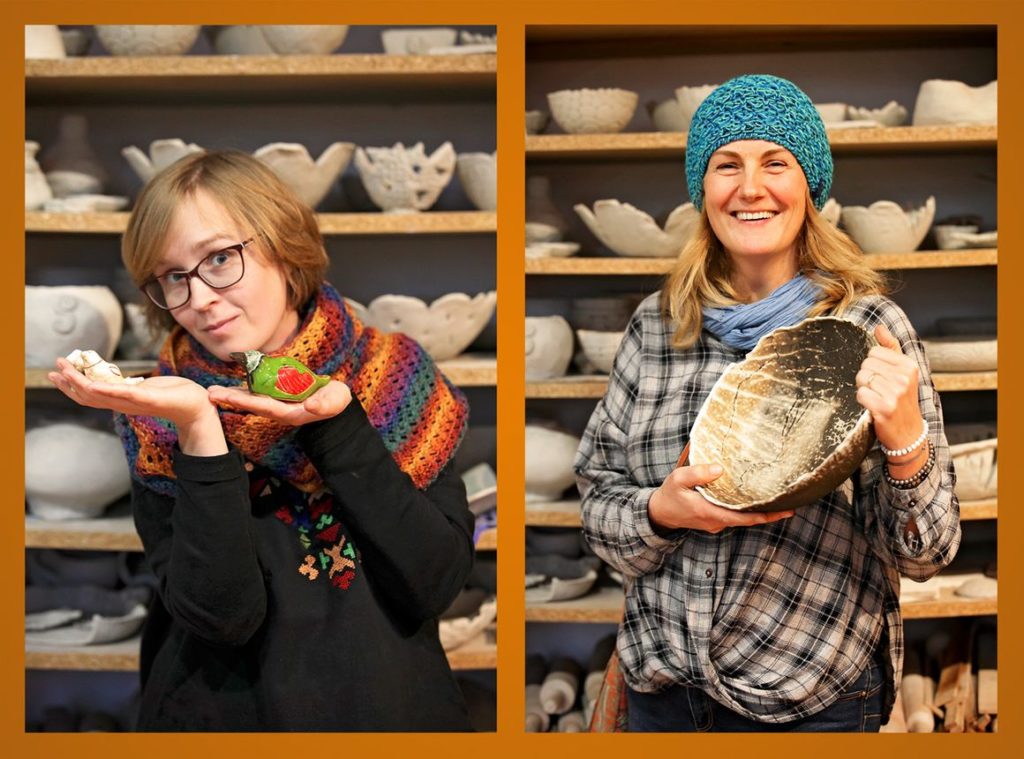 The last day of the classes passed us on presentations of works made independently and on the joint work on the completion of the ceramic carpathian rosary, which will eventually decorate the wall of the summer studio of the People’s University. It turned out that clay was gracious to us, and the items made of it looked very professional. Their diversity, fantasy, multiple shapes and colors enjoyed their eyes! There were bowls, cups, cups, salt sniplets and peppers, tiles, birds, jugs, lanterns, angels and even pirate ship. In turn, the burnt elements of the rosend were removed from the furnace, using a mortar on a pre-prepared board. Ultimately, it will be a beautiful element adorning the walls of the university. 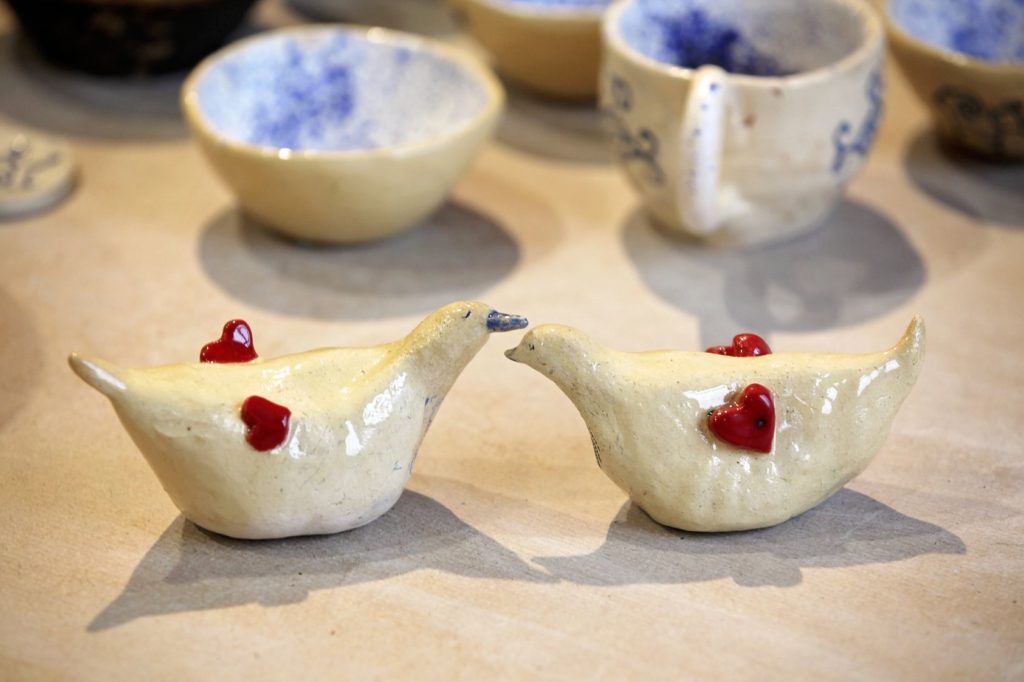 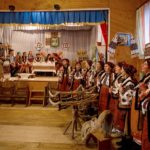 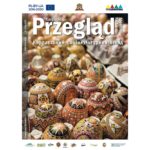