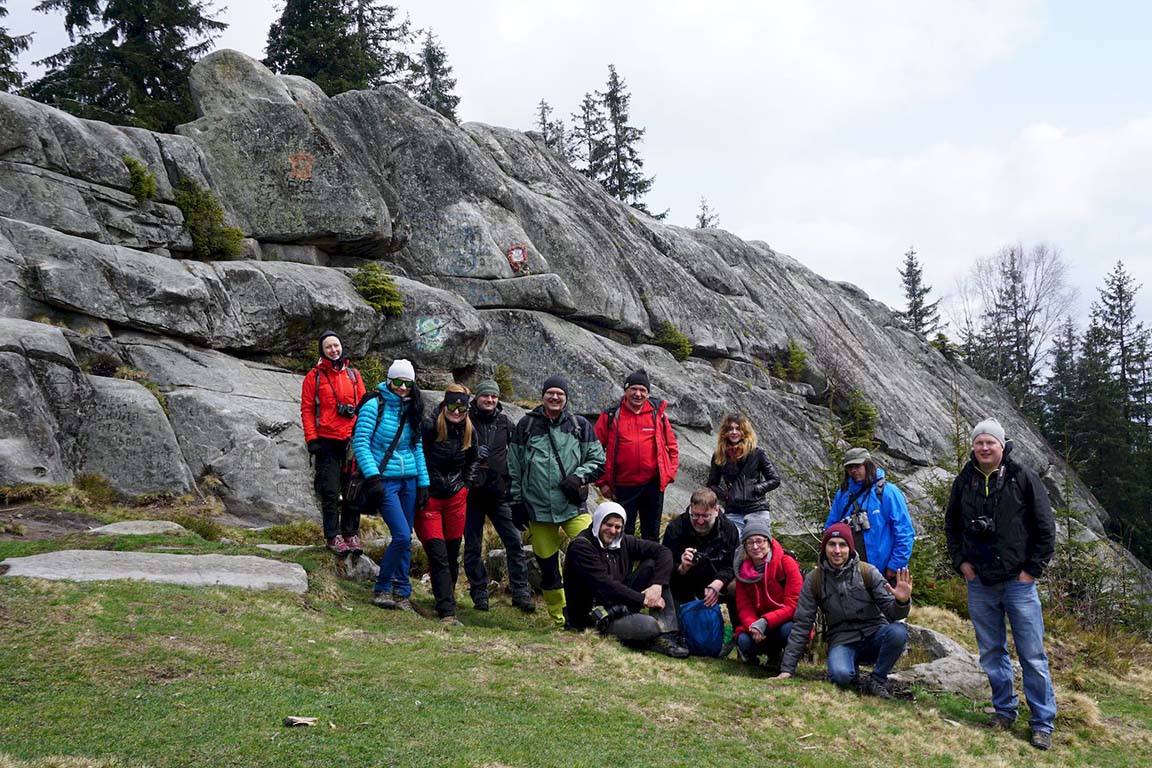 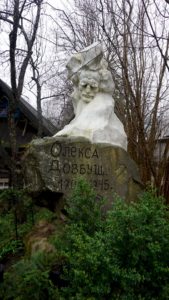 Kosmacz. Monument of Alex Dobosz in the museum complex dedicated to his memory

From 11-15 April There was a second ethnographic research expedition in the Carpathians – organized by a partner of the Podkarpackie Voivodeship – which is the first in a series of missions planned in Ukraine (as part of the project “World of Carpathian rosette”). This time, the area of the mission was the area of the Hryniawskie Mountains. The profile of the expedition, which was attended by 12 participants, allowed deep penetration into the character of the places visited and to learn about the cultural environment surrounding and creating local folk creativity.

The substantive prologue of the expedition was visits to the Museum of Huculszczyzna and Pokutia im. Josafatko Kobryński in Kołomya, where in a cross-cutting way the participants of the trip were able to implement themselves in the ark of life and the creativity of groups of the population living in this part of the Carpathians. The research group also had the opportunity not only to listen, but also to get acquainted and record the activities performed during various folk handicraft workshops. There were no shows of the creation of easter eggs, ceramics, snycerstwa, weaving (liżnikarstwa) or finally serolayer, as well as the presentation of the old traditional Embroidery of Hutsul. 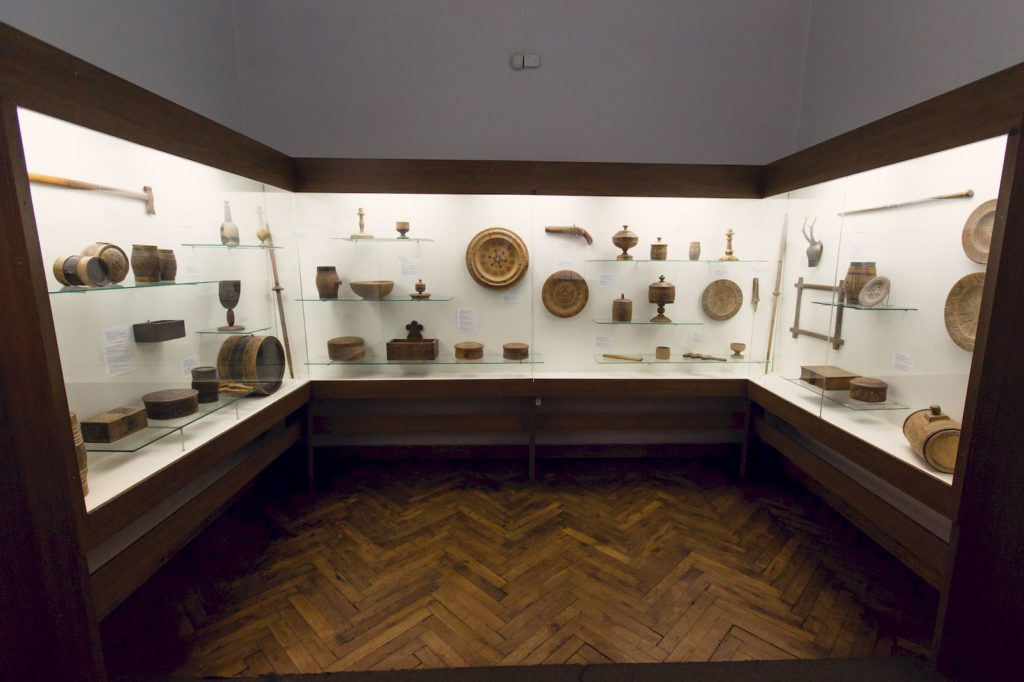 During the mission, participants learned about places affecting the daily lives of the Hucułs and being determined by their work. M.in was reviewed. With places related to the legend of Alex Dobosz in kosmacz, as well as visited the museum complex dedicated to him. The 1600 thest Of St. Mary’s Oldest Virgin Mary church was also on the route of the researchers. erected in the village of Pistyń.

Pistyń. Orthodox Church The Fall of the Blessed Virgin Mary from 1600. This temple is considered the oldest sacred object of its kind of Huculszczyzna

In the remote vicinity of this temple there was a meeting with Michał Dydzin, the guardian of the Dobosz museum. He is a unique man – an artist who is also a sculptor, beekeeper and musician presenting local works played on a fur coat.

Kosmacz. Michał Dydyszyn, sculptor and guardian of the Museum of St. Alexei Dobosz, presents a collection of designs of traditional Hucul embroidery

In turn, at maria Kiraszczuk’s house in Kosmacz, there was a chat and workshop sat in the creation of traditional Hutcul ski eggs. 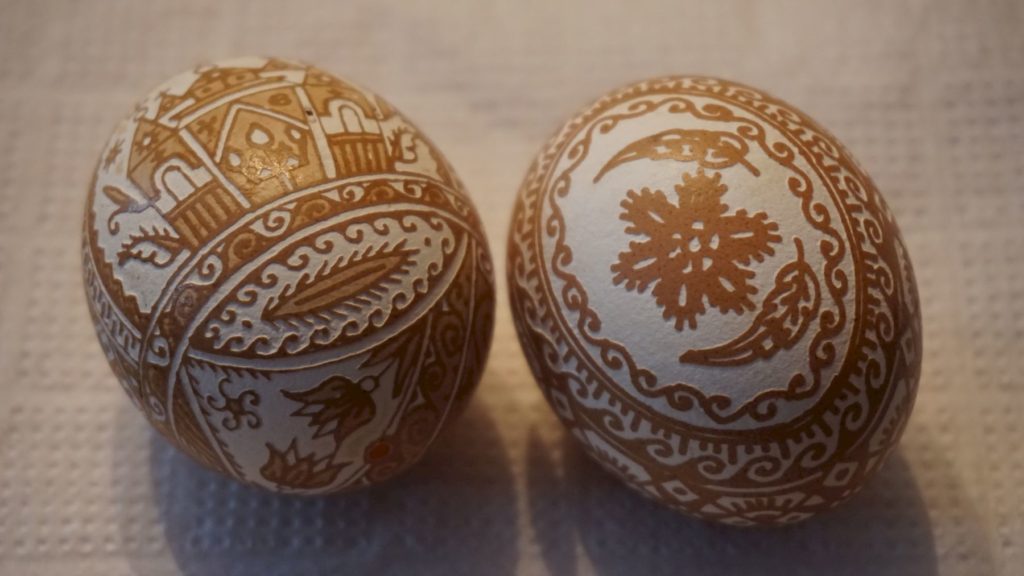 The group also celebrated a walking hike on the Written Stone, which plays such an important, even magical role in the life, creativity and history of the Hucułów. In addition, the participants of the mission took part in Saturday’s fair in Kosovo on the Rybnice River, whose centuries-old fame extends even in Transcarpathia.

Kosiv. The fame of fairs on the Rybnice River has not been weakened for years. Here it is easy to watch as the past intertwines with the present

In Kosovo, a workshop by the artist Of Plastyka Mikołaj Strynadiuk ps was also visited. Koda, practicing snycerstwo. His work is a perfect example that practicing art in respect of tradition can be a way of life.

Kosiv. In the workshop with the artist of the plastic artist Mikołaj Strynadiuk[/caption]

In turn, the studio of Sergei Dytka, a certified pottery artist in the village of Rożnów, recorded how products are made so strongly inspired by the local tradition. 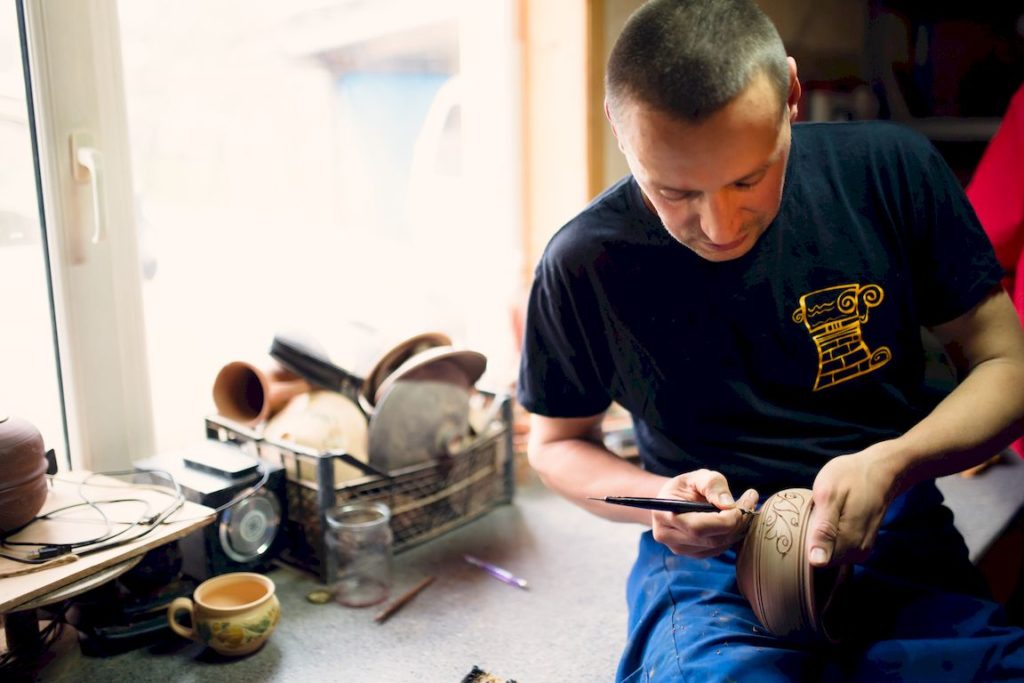 However, on the border of Jaworowa and Sokołówka, in the weaving workshop of Maria Mielniczuk, it was possible to get acquainted with her work, thanks to which simple withers of wool, under the artist’s neat fingers, transformed into woven patterned blankets and treads. 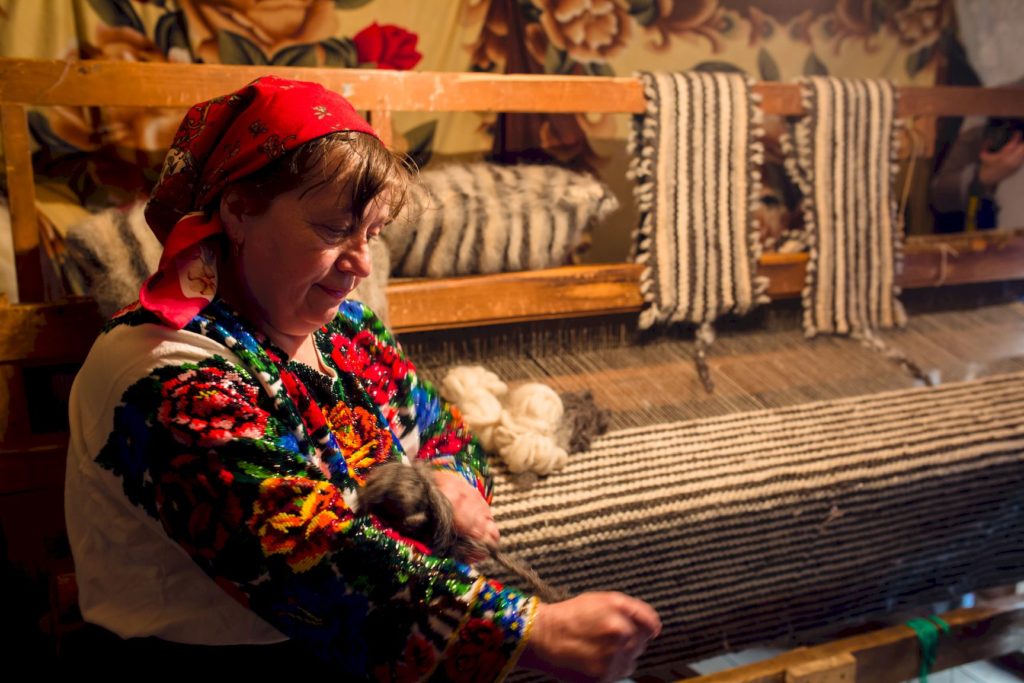 From withers of wool to woven blankets and treads. On the border of Jaworowa and Sokołówka – in the weaving workshop of Maria Mielniczuk.

The cognitive complement of the region studied was tasting typical traditional dishes. Most of the prepared dishes made the participants of the expedition aware of an important aspect of the life of the local highlanders. They were adapted to climatic conditions and autochton operating mode, while at the same time strongly related to the type of livestock being bred, as well as local types of agricultural crops. A meeting with Ms. Maria in Brustury, which carried out the rowing workshops, was particularly helpful in this regard. 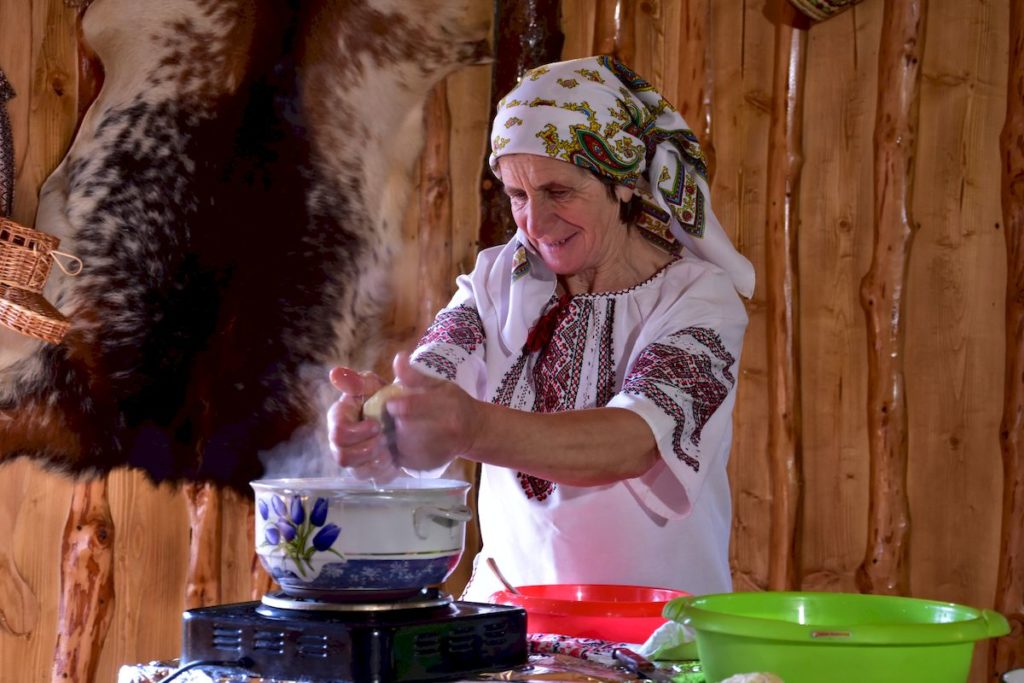 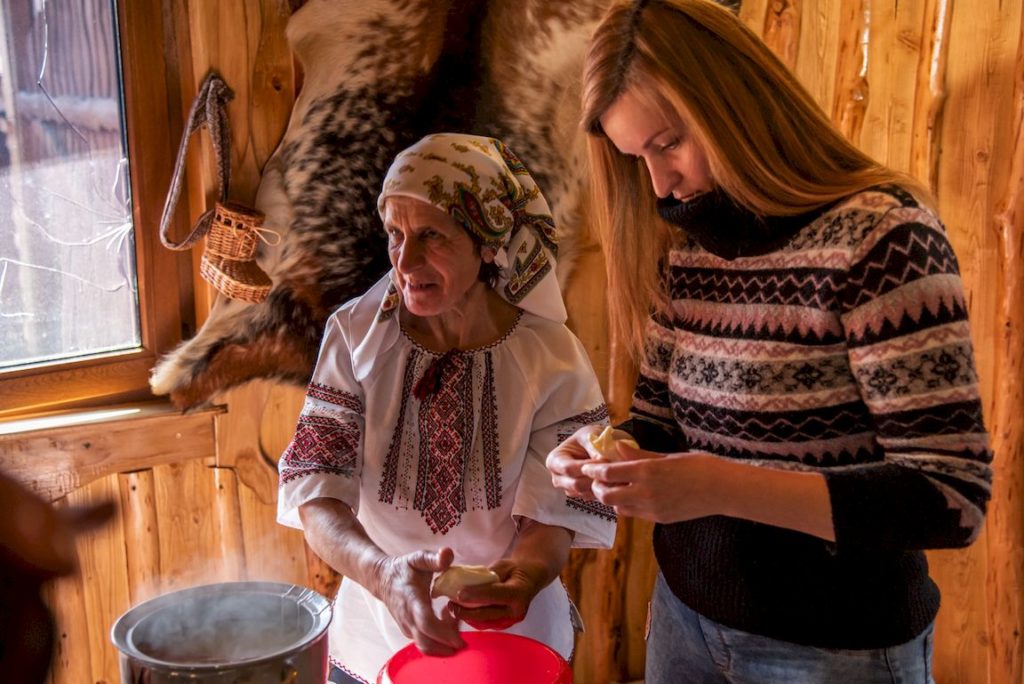 Ms. Maria from Brustury conducted a rowing workshop. Mission participants were eager to participate in the performance of tasks. 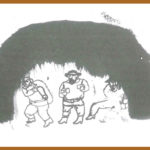 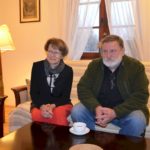 Next Story:
Bieszczady has been discovered in Wetlina