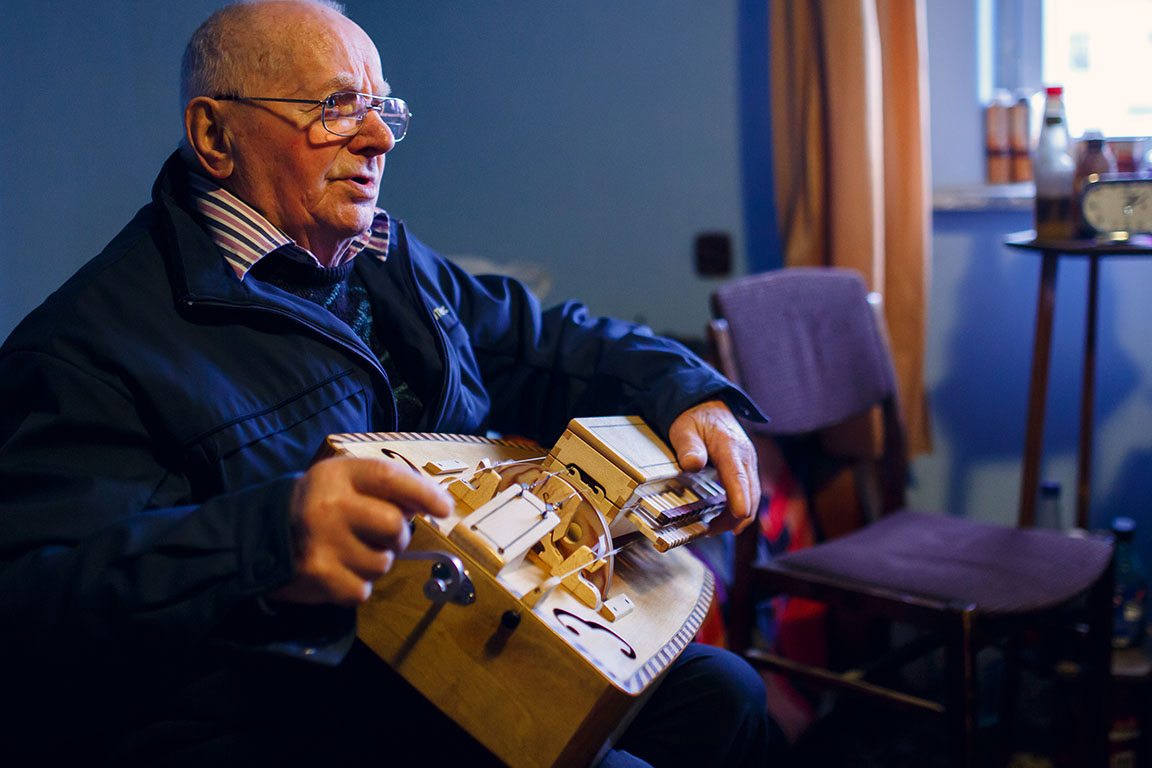 In the Tradition Room of the Municipal Centre for Culture and Recreation in Haczów, an important place is occupied by a rich collection of instruments by Stanisław Wyżykowski, who has been creating local musical culture for years. The Municipal Centre collections include: hurdy-gurdy, dulcimer, organistrum, bass-lyre, psaltery, walking stick violin, kit violin. Mr. Stanisław also constructed bass viola da gamba, double basses, and cellos. 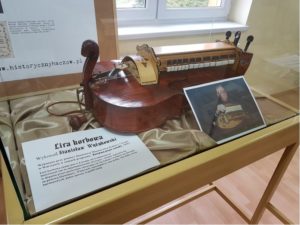 The hurdy-gurdy at its beginning in the early Middle Ages was called the organistrum. The name comes from Latin and means a lyre designed for two musicians. The history of the hurdy-gurdy is one of the most interesting stories you can imagine. The social status of the instrument has changed over the centuries. Initially, between the 11th and 12th centuries, the lyre was associated with the church, then from the end of the 12th century it was associated with the life of the manor house, from the 14th century with the lower social classes, and in the 15th century, in the social consciousness, it was connected with blind beggars. At the beginning of the 17th century, 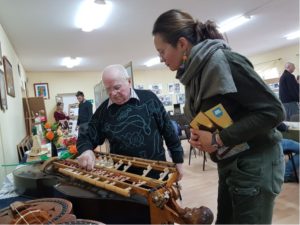 blind lirnyks began to be considered victims of a tragic fate, but the instrument still retained its low reputation. It was not until the 18th century that people were again fascinated by hurdy-gurdy that originating from rural cottage, has become popular among the aristocratic courts, particularly in the royal court of Versailles. Then the lyre returned to the streets of the cities and villages. In Poland you can meet a dozen or so luthiers producing hurdy-gurdy. They have diplomas of completion of relevant courses, sculptural and musical experience. However, Stanisław Wyżykowski, called the father of the hurdy-gurdy in Poland, has the greatest contribution in restoring this instrument not only in Podkarpackie voivodeship but also in the whole country. 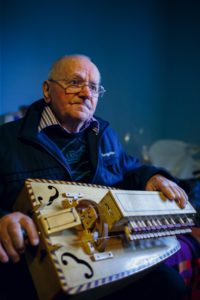 Stanisław Wyżykowski and his hurdy-gurdy

Stanisław Wyżykowski was born in 1927 in Haczów. He was raised in Haczów as the tenth of eleven siblings. As he mentions – difficult and poor childhood shaped his character. He could not write or read yet, and he secretly learned to play his father’s violin. There was a lot of music in the house, musicians gathered and little Stanisław watched them playing and tuning. From childhood, he played a lot on various instruments, in bands, in a symphony orchestra: on the violin, trumpet, clash cymbals, mandolin, guitar, saxophone, clarinet. His concerts in 1947 for the ruined Warsaw, as well as the concerts abroad with a local band, became unforgettable for him. He began to create the first lyre in the 1960s, bringing the instrument back to music practice in Poland. Mr. Stanislaw gives old folk instruments a new life. Not only does it reproduce them, which often requires many innovative constructional solutions, because the exact plans of their implementation have not been preserved, but he also improves the solutions. Both the appearance and sound of the instrument bear traces of its creator’s invention.

For his achievements, Stanisław Wyżykowski has been honoured with numerous awards and certificates of appreciation. He is pleased that he has passed on his skills to interested students. A lot of attention has been paid to him in numerous museum publications. In the open-air museum in Sanok, in the coachman’s house, in the western frontage of the Galician town, you can enter Stanisław Wyżykowski’s Luther’s Workshop, where, besides ready-made instruments, such as lyres and folk violins, you can also see many tools, parts of lyres, strings, forms and templates, and wood for making instruments. Lirnyk from Haczów has been honoured at the frontage. Mr. Stanislaw is an invaluable treasury of violin-making knowledge. He tells the stories of his musical life in a colourful way. He remembers that from his early youth he was characterized by curiosity and cleverness. He used his musical talents and drawing skills from an early age to earn some money, helping at the same time his parents – he paid for his attendance to music school in Krosno by himself. He is an educated musician, but also a carpenter, although he did not acquire these skills at school, but practiced them with his father. He constructed the first lyre after working hours for the Krosno Glass Factory.He watched old instruments, encyclopedias, and was even inspired by a travelling movie with a scene of musicians’ parade. This lyre was later given to the actor Wojciech Siemion.

A bit of challenge of Mr. Stanisław’s great skills.

Holding in his hand a curious, hand-made walking stick violin, he laughs that he gave two fingers to the instruments in the workshop, but in spite of their loss and the old age, he still plays, tunes, reconstructs and makes the instruments. He devoted his whole life to the hurdy-gurdy since he heard about it in his family home, in the words of carols (Shepherds have come to Betlejem, Playing lively for the Baby on a Lyre…), then he saw the destroyed instrument of his neighbors, and finally, he saw it in he movie, drawings, in old books. And so, he has constructed his own lyre. And he has been constructing them all his life, with sensitivity, care and innovation. He is both, a constructor, but also a corrector and innovator. Just a drawing, a postcard, and Mr. Stanislaw already wonders how to bring the old instrument back to life.He constructed custom-made instruments, students had a practical training at his workshop, and he performed workshops for those interested in constructing folk instruments. His lyres were taken by collectors all over the world, they were also used in museums and films. He is also full of imagination and lightness of spirit – as an eighty-year-old he wanted to see his Haczów from the sky and he paraglided three times. Singing and playing the lyre, he threw out the specially prepared, white and red feathers. “It was great” – he says, “although I had to make an emergency landing due to strong wind.” He would like to paraglide again, but his daughter does not agree. 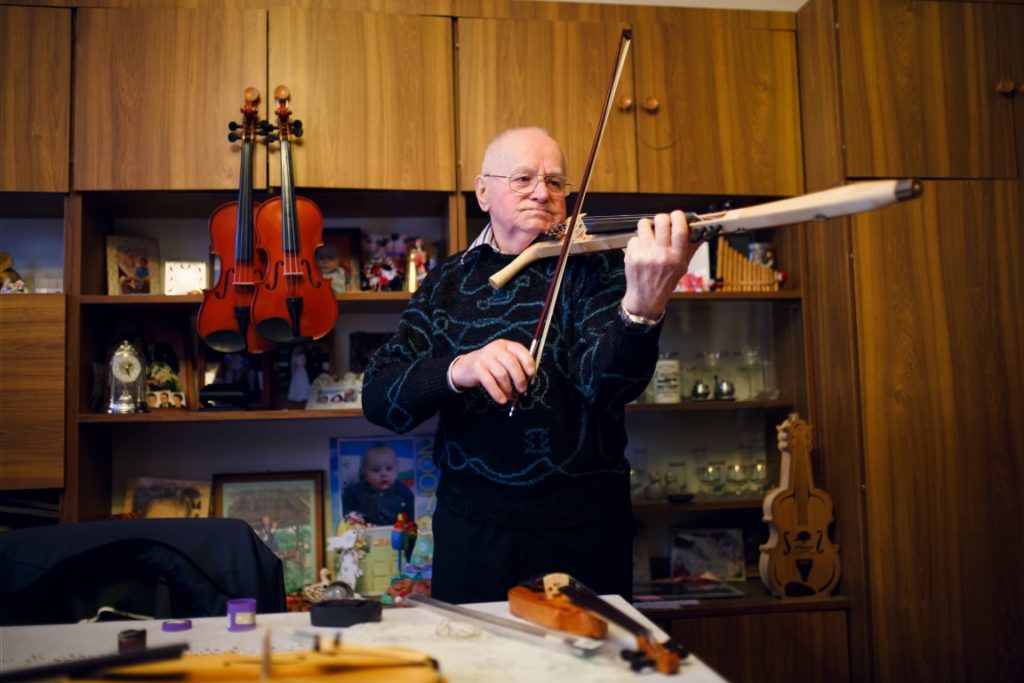 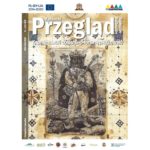 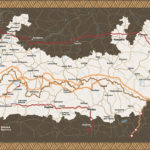 Next Story:
The route of the Wallachian Culture