The village with a gothic “drewniaczek” (wooden building)

Haczów is a large village located by the Wisłok River, in the district of Brzozów, located 57 km away from Rzeszów. It stretches over a length of 7 km along the Wisłok River and covers an area of approx. 25 km2. It is one of the most economically and culturally developed villages in the Subcarpathia region. Residents cultivate local folklore and traditions associated with it with great commitment. 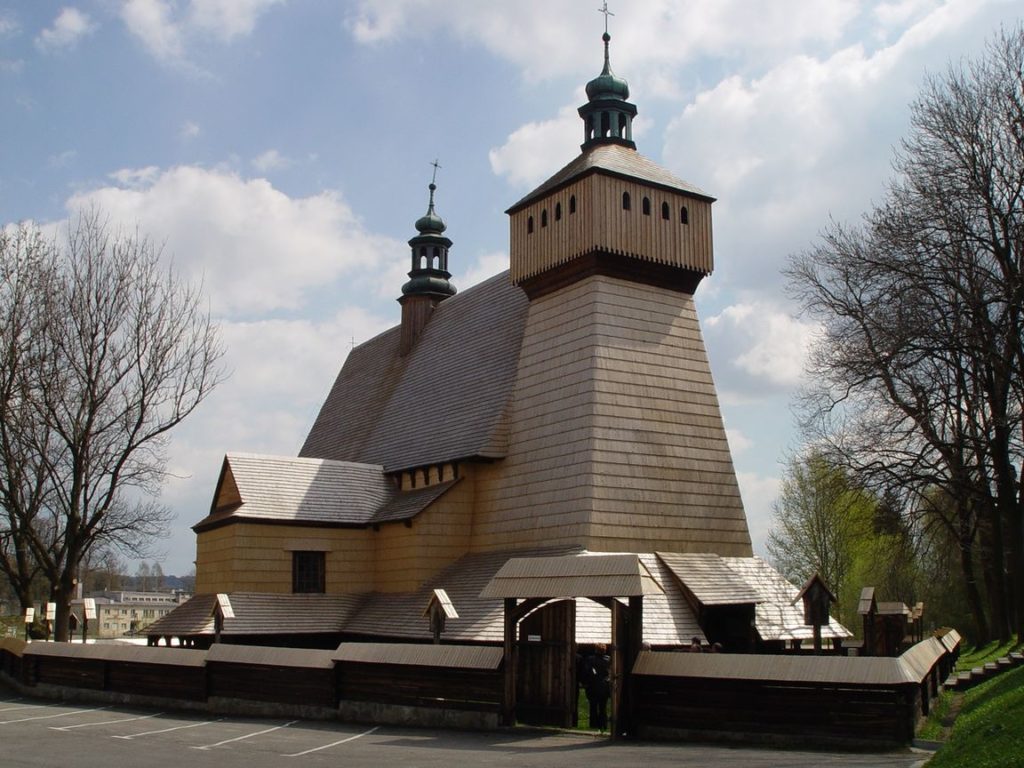 The Haczów Friends Society and the folklore band are active here.In the Hall of Municipal Tradition Cultural and Leisure Centre a collection of native artistic handicrafts was presented.Here you can admire the richness of the region: white Haczów embroidery, colourful embroidery, musical instruments, wood products, drapes made by crocheting and knitting, pictures made by using the technique of cross-stitch embroidery.An important place in this exhibition is occupied by a rich collection of instruments from Stanisław Wyżykowski who was born here, in which the hurdy gurdy renowned by him takes a prominent place.

The village dates back to 1352, when King Casimir the Great placed it under Magdeburg Law, and the village was founded by German settlers.The location privilege was confirmed by King Władysław Jagiełło in 1388, thanks to which Haczów remained a royal village for centuries.A Roman Catholic parish was established on on 7th February that year.During the period of the partitions of Poland, Haczów was considered the richest town in the whole of Galicia.

In the centre of the village there are two churches next to each other: a new, brick church from the 1940s and a little below it, a second wooden church dating back to the end of the 14th century.Moreover, on the opposite side of the Wisłok river we shall see the remains of the once beautiful manor complex from the turn of the 18th and 19th centuries.

In the 14th and 15th centuries, Haczów was a large village, hence the need to build a temple of considerable size.Its dimensions of 40 meters long and 12 meters wide make it the largest wooden Gothic church in Poland and perhaps in Europe.The building, with a wooden log structure, was built from 200-year-old larch and fir logs, which are 800 years old.When it was erected, carpenters did not use nails, but wooden catches. 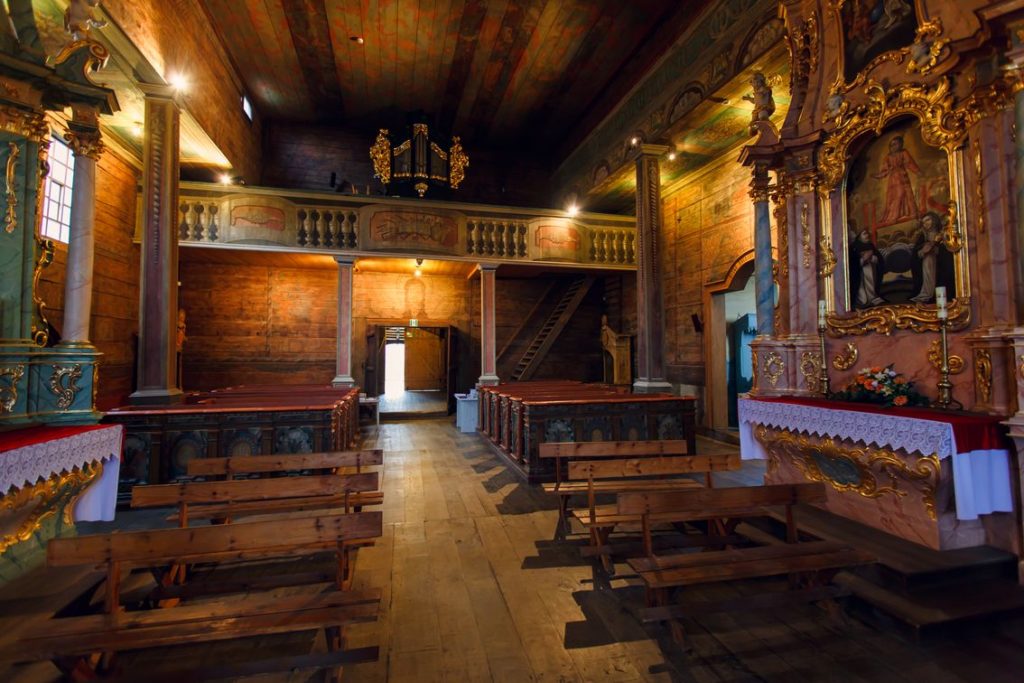 Until recently, it was also recognised as the oldest one in Poland.This title was lost to the church in Tarnów Pałucki near Poznań after advanced dendrochronological studies dating it back to the 14th century.The church in Haczów was extended, enlarged and renovated for centuries.It had also a defensive role, especially thanks to defensive elements such as the 17th century tower, independent of the church, circular window openings in the nave or the earth rampart that used to surround it.Half of the sloping roof covering it, about a dozen meters high has almost 2300 m2. The entire temple is surrounded by arcatures – low arcades resting on pillars and covered with a mono-pitched roof.

In 1955, Gothic wall polychrome stainings were discovered and hidden ceiling boards were found in the attic (11 of them survived with fragments of medieval paintings).In 2000, they were placed on the ceiling, complementing the contemporary painted polychrome stainings). The preserved monumental scenes depict, among others, the fall of Jesus under the cross, the diademing of Our Lady in heaven and beheading bishop Stanisław by King Boleslaw Unveiled precious and unique ensemble from 1494 is the largest collection of medieval polychrome stainings in Poland. It is supplemented by so-called “zacheuszki”, that is, painted consecrative crosses from the first half of 15th century. 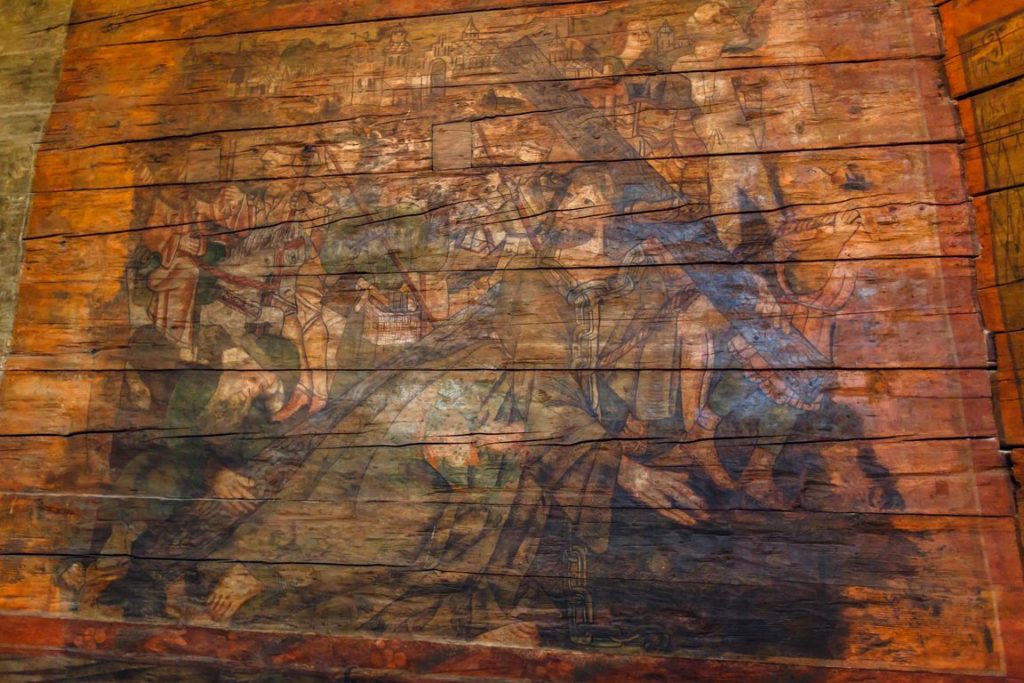 From the original fittings, the Gothic wooden portals (one with intricate door fittings), the most valuable Gothic sculpture of Pieta from approx. 1400 (polychrome-plated statuette with tempera technique made of linden wood, currently stored in the new church) and the Late Gothic sculpture of Our Lady with Child from 1540-1550 survived.In the vast interior of the temple we can see also the stone baptismal font from the 16th century, the side altar retables benches, confessionals from the 17th-18th century and a 12 voices positive organ from the first half of the 17th century, which recently returned to the choir after the completion of the restoration work carried out on it. 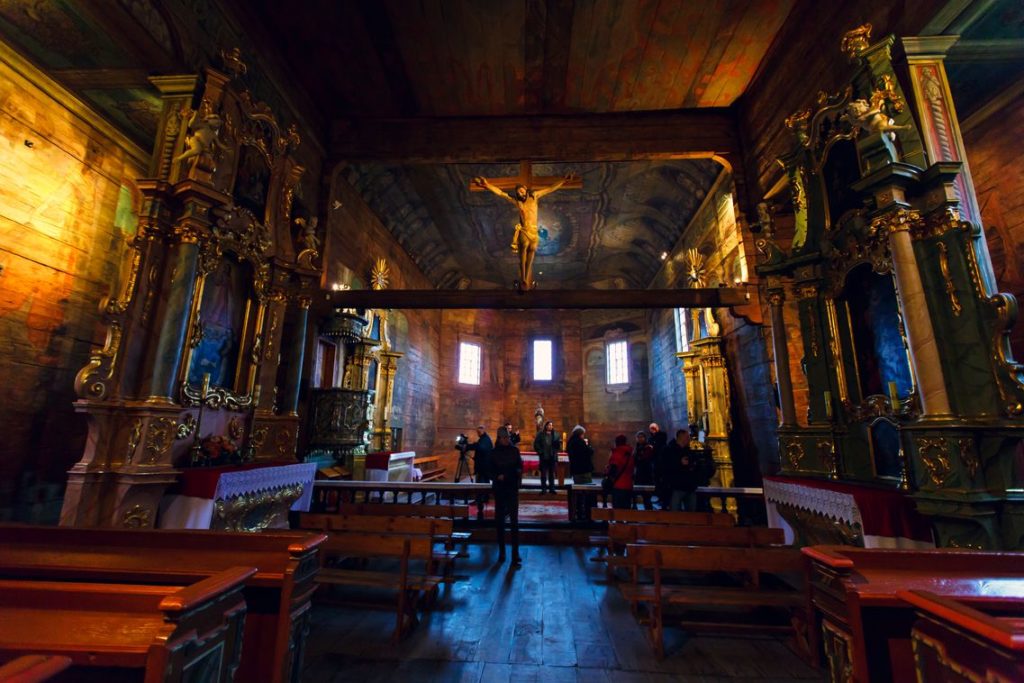 In 2003, the whole set was listed as one of the two in Subcarpathia, on the World Heritage List UNESCO. Justification: the oldest, the largest and the best preserved Gothic wooden log structure in Europe, virtually unchanged in terms of construction, with rich painting and sculptural decor; clear layering of architectural and decorative forms from the 15th to the 19th century.It is also one of the most important objects of the Wooden Architecture Route in the Subcarpathia Voivodeship (Route I — Krosno – Brzozów), and PLN 2 as well as PLN 20 coins with its image were issued in 2006 by the National Bank of Poland.

History of the church, its secrets and miraculous events were told by Father Kazimierz Kaczor from the nearby Korczyna. Associated with the church for forty years, 35 years as the parish priest, the last 5 years as a pensioner. The author of books on the history of the church of Haczów guides around the temple and the Holy Land. The church is open all year round, both for worshipers and tourists. And, according to Fr. Kaczor: it needs nothing more than a simple monitoring because thanks to the intercession of the Blessed Virgin Mary and Archangel Michael, thieves avoid it. In winter, he warmly invites to masses at the brick church, and from April to October at the wooden one. Occassionally, in the church, there are also artistic events, one can also get married.Guided tours can be requested at the clergy house.We can see the document confirming the entry of the monument on the UNESCO list, which has its copy placed on the wall of the nave in the church, and the original stored in the sacristy. Father Kaczor, while joking about the group of visitors, says that the “sin of abandonment” is, during the stay in Subcarpathia, to miss a visit to this unique monument.

Author of the text: Justyna Warecka
Photos made by: Dariusz Dąbrowski, Krzysztof Zieliński 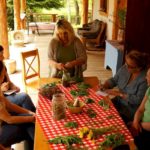 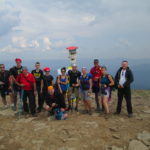